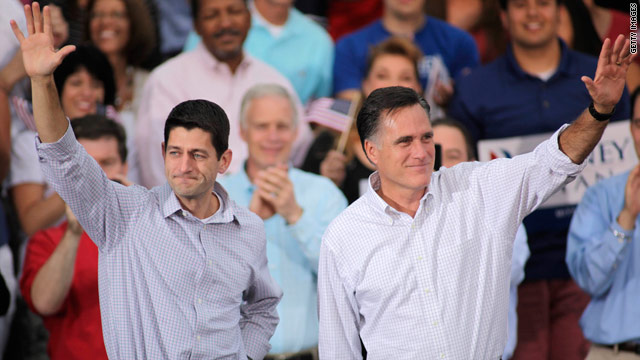 Medicare Debate: Almost a week after announcing Rep. Paul Ryan as his running mate, Mitt Romney hit the ground running on the hot topic of Medicare. In an interview with CBS News, Romney defended Ryan’s Medicare Plan, claiming that President Obama’s plan cuts more than $700 billion from the program that guarantees health insurance to seniors citizens. A new 30-second ad released from his camp reiterates Romney’s claim. “You paid in to Medicare for years. Every paycheck. Now, when you need it Obama has cut $716 billion dollars from Medicare,” says the narrator. Ryan, who serves as the House Budget Chairman, says that he and Romney aren’t backing down from their claims. “President Obama is actually damaging Medicare for current seniors. It’s irrefutable. And that’s why I think this is a debate we want to have, and that’s a debate we’re going to win.” On his three day bus tour in Iowa, Obama went on the attack on Medicare, stating that Romney and Ryan “know their plan’s not very popular.” “You can tell that because they’re being pretty dishonest about my plan, especially by the way when it comes to Medicare,” said the President.
END_OF_DOCUMENT_TOKEN_TO_BE_REPLACED 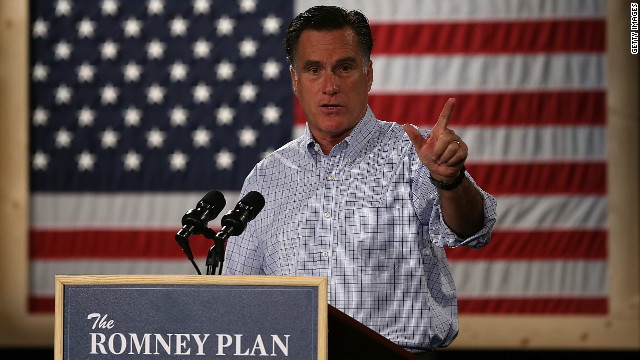 Romney’s veep choice? There’s an app for that: Team Romney says they’re almost ready to reveal their Vice Presidential pick. However, the announcement will come in an innovative way: via smart phone app. The “Mitt’s VP” app will be the first to announce whose name will be next to Romney’s this November. Everyone’s eyes are pointed towards a long list of potential candidates, and we’ll be watching our smart phones while trying to read the tea leaves.
END_OF_DOCUMENT_TOKEN_TO_BE_REPLACED 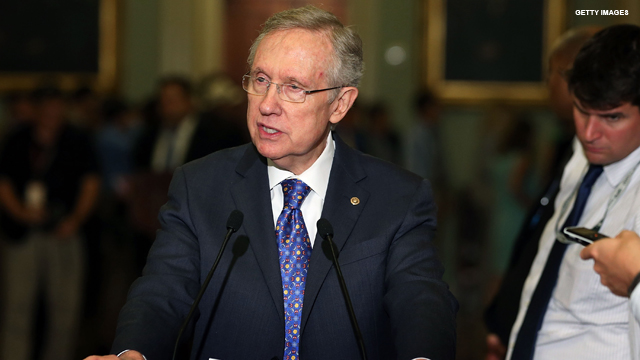 Senate Dem accuses Romney of not paying taxes: Senate Majority Leader Harry Reid (D-Nev.) caused a commotion when he said Mitt Romney is not releasing his tax returns because he has not paid taxes in over 10 years. In an interview with the Huffington Post, Reid said he learned of Romney’s tax history from “a person who had invested with Bain Capital.” Reid repeated the claim on the Senate Floor today saying “the word's out that he hasn't paid any taxes for ten years.” Romney adviser Eric Fernstrom pushed back hard, telling Fox News “I’m telling you authoritatively speaking on the behalf of the Governor that those charges are untrue, they are baseless, and there is nothing to back them up.”
END_OF_DOCUMENT_TOKEN_TO_BE_REPLACED 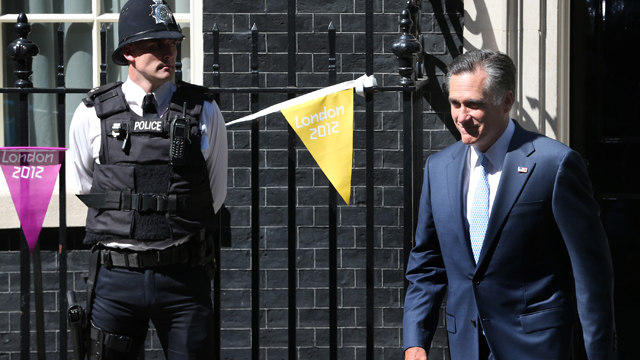 Romney’s Foreign Tour: GOP Presidential candidate Mitt Romney arrived in London on Wednesday to kick off his three country foreign policy tour. Team Romney says that his trip abroad will boost the governor’s foreign policy plans and serve as more of a “listen and learn.” “We don’t anticipate that this is an opportunity for the governor to make any specific policy pronouncement,” said Romney’s campaign foreign policy director Lanhee Chen. On Tuesday, Romney addressed a crowd at the Veterans of Foreign Wars National Convention stating that American exceptionalism and nationalism would lead his foreign policy. “I am an unapologetic believer in the greatness of this country. I am not ashamed of American power,” said Romney. His six day tour will also include stops in Poland and Israel.
END_OF_DOCUMENT_TOKEN_TO_BE_REPLACED 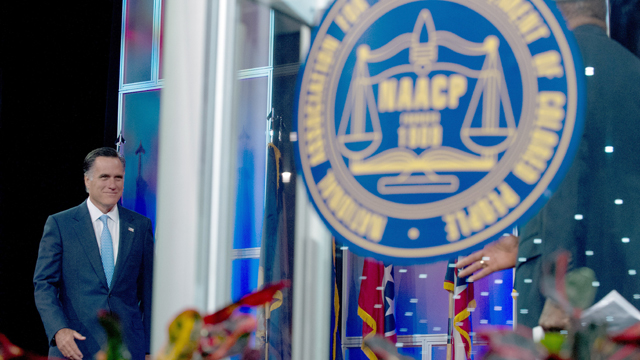 NAACP Convention Speakers: Vice President Joe Biden and GOP presidential candidate Mitt Romney are keynote speakers at the 103rd annual convention for the nation’s oldest and largest civil rights organization. Creating jobs and stabilizing the economy is the driving force in this presidential election cycle. With national unemployment at 8.2% and African-American unemployment going up from 13.6% to 14.4% in June, Black voters are looking for a leader who can help create jobs in their community. “This is an important election year and communities of color will play a huge role in deciding the outcome in any number of races across the country,” said NAACP President Ben Jealous.
END_OF_DOCUMENT_TOKEN_TO_BE_REPLACED 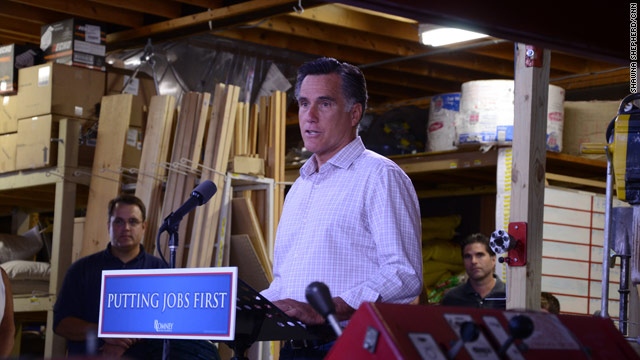 Independent Voters: As the driving force behind the race for the White House, Independent voters and swing states hold high stakes in the 2012 presidential election. With polls suggesting that last Thursday’s monumental Supreme Court health care ruling had no effect on how Independents feel about both President Obama and Mitt Romney, both candidates are aiming their political messages at unsure voters. “I want to work with anyone who believes we are in this together. I want to work with anybody who believes we’ve got to invest in our future,” said President Obama at a campaign even in Maumee, Ohio on Thursday. A recent CNN/ORC poll found that GOP presidential candidate Mitt Romney leads President Obama 51% to 43% in 15 battleground states.
END_OF_DOCUMENT_TOKEN_TO_BE_REPLACED 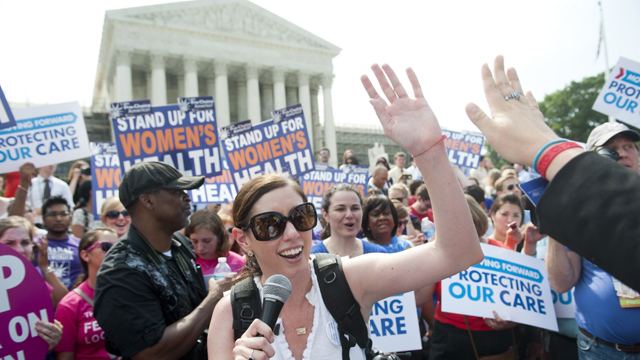 The wait is over. On their last day in session, the Supreme Court of the United States upheld President Obama’s signature legislation, commonly referred to as “ObamaCare.” In a 5-4 landmark decision, with Chief Justice John Roberts as the swing vote, the Supreme Court ruled the entire law will be upheld and that the mandate is in fact a legitimate operation of Congress’s power to tax. “Because the Constitution permits such a tax, it is not our role to forbid it, or to pass upon its wisdom or fairness,” said Roberts. Thursday’s ruling is clearly a victory for the Obama administration and has left Republicans saying that they will repeal the law.
END_OF_DOCUMENT_TOKEN_TO_BE_REPLACED