Taxing day for the IRS

CNN's State of the Union panel weighs in on the IRS targeting Tea Party groups controversy.

CA Gov. Jerry Brown on his state's tax hike passage and whether it means the start of nationwide tax increase sweep.

"Look, taxes are not an issue. It is not what the American people are talking about."

Washington (CNN) - Spoiler alert: The Senate on Monday will not get the 60 votes needed to move ahead with the so-called Buffett Rule, which makes critics think the White House spent a week pushing it just to make a political point.

It's also the kind of icky suggestion serious treasury secretaries don't like to talk about.

"I don't know - I've heard that concern, but I don't understand it. I mean, just because they oppose this doesn't mean it's not the right thing to do," Timothy Geithner said on CBS' "Face the Nation."
END_OF_DOCUMENT_TOKEN_TO_BE_REPLACED

It was a big morning of breaking news today on State of the Union. After deadly tornadoes swept through the Midwest overnight, Kansas Governor Sam Brownback gave Candy an update on the damage done in his state.

Meanwhile, in Afghanistan the Taliban launched a coordinated series of attacks in Kabul and across the country. First on CNN, ISAF Spokesman Jimmie Cummings praised the response of Afghan National Security Forces to the attacks.

Also first on CNN, Ambassador to Afghanistan Ryan Crocker spoke to Candy while his embassy in Kabul was on lockdown. He said that the attacks showed that the US still needed a military presence in Afghanistan.

After a week in which the “War on Women” was at the forefront of political discourse, Rep. Cathy McMorris Rodgers and Rep. Carolyn Maloney discussed the politics of gender.

END_OF_DOCUMENT_TOKEN_TO_BE_REPLACED

Priebus on the "Buffett Rule" and 2012 politics

On the Buffett Rule, Priebus said "This is Obama's strategy. Look over here at this shiny object here. Don't look at the big picture, an economy on the brink that I didn't do a thing about and made things worse. That's what this is about."

On the presumptive GOP nominee, Preibus said "Mitt Romney had a great month and he's clearly on a pathway to be the presumptive nominee and we're going to have a unified party when this is all said and done. ... I think people around this country know that this election is about the future of America, and we want to be able to tell people that you can work hard, you can play by the rules and you can still live the American dream, but we need to have a Republican in the White House." 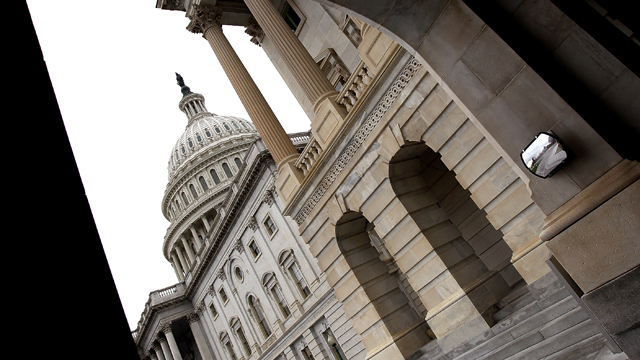