Behind the Bergdahl backlash

Donna Brazile, Jackie Calmes and Ana Navarro on the Bergdahl backlash and the optics of the swap.

Donna Brazile, Jackie Calmes and Ana Navarro on Hillary Clinton's new book, which one our panelists calls "50 shades of boring".

END_OF_DOCUMENT_TOKEN_TO_BE_REPLACED

The politics of immigration reform

Senator John McCain (R-AZ) joins us with the latest on the negotiations to avert forced budget cuts.

Plus, Transportation Secretary Ray LaHood on the effect the forced budget cuts could have on his department and your travel.

Then, Senator Patrick Leahy (D-VT) met with Cuban leader Raul Castro this week, and he’ll be here to discuss the negotiations to release American contractor detained in Cuba since 2009 Alan Gross. We’ll also ask him if there’s any movement on the five- decade-old US Embargo of Cuba.

Watch Sunday 9am and noon. 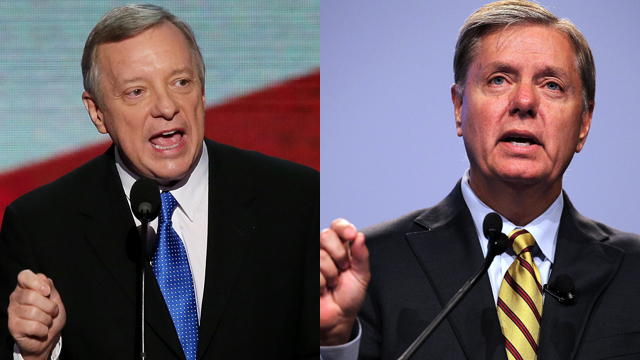 Barbara Starr, Jerry Seib and Jackie Calmes on the Petraeus affair, the former CIA director's legacy and the latest on the Benghazi investigation

CNN's Barbara Starr, WSJ's Jerry Seib & The New York Times Jackie Calmes on the impact the fiscal cliff could have.

Breaking down the latest economic figures