Senators Lindsey Graham and Dick Durbin on the shifting campaign momentum in the 2012 election.

Sen. Dick Durbin: "The momentum has shifted in Obama's direction and that's a good thing from our point of view."
Sen. Lindsey Graham: "I think if history holds here and undecided voters break against the incumbent as they generally do, this is a very close race, and quite frankly, I like our position."

State of the Union Crib Sheet for Sunday September 23, 2012

On today’s “State of the Union,” with 44 days until Election Day,  we got an assessment of the state of the race from two stalwarts of the Senate, Democrat Dick Durbin and Republican Lindsey Graham. House Intelligence Committee Chairman, Rep. Mike Rogers, joined Candy to discuss the Obama administration’s response to the attack that killed the US ambassador to Libya. Finally, a panel of pollsters and reporters; Whit Ayres, Anna Greenberg, Susan Page and Ron Brownstein discussed how the presidential candidates can appeal to that most desirable of demographics: the undecided voter.
END_OF_DOCUMENT_TOKEN_TO_BE_REPLACED

On today’s show, Candy spoke with  Senate Majority Whip Dick Durbin of Illinois and Republican Senator Kelly Ayotte of New Hampshire about foreign policy and GOP presumptive presidential nominee Mitt Romney’s overseas trip. In the separate interviews, the senators also sparred over the impending 'fiscal cliff’ and when to deal with the issue in Congress. We also discussed the recent rash of negative campaign ads and their effectiveness with Ken Goldstein, Ron Brownstein and Michael Scherer. We were live in the noon hour with coverage of Mitt Romney’s speech in Jerusalem, and got reaction from the Obama campaign’s foreign policy adviser, Tim Roemer.
END_OF_DOCUMENT_TOKEN_TO_BE_REPLACED

Campaigning with a slumping economy

Sen. Dick Durbin assistant Majority Leader on how the economy will affect the 2012 presidential campaign. 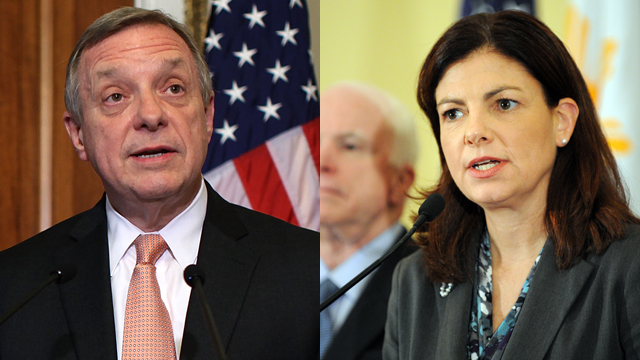 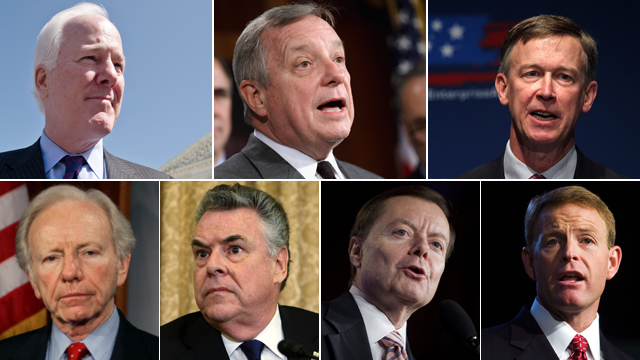 Durbin: I want a vote on the budget

Senate Minority Leader Dick Durbin says he wants the Senate to put the Bowles-Simpson plan to a vote.