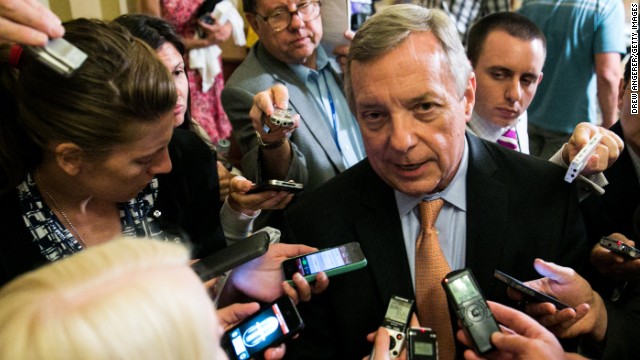 Senator Dick Durbin, the number two Democrat in the Senate, joins Candy for his first post-election interview on the big loss for Dems, and how President Obama can make a comeback in the minds of Americans.

Obama is expected to take executive action on immigration, but how far will he go, is it legal, and how will it ultimately affect millions of Latinos? Former Attorney General Alberto Gonzales joins former Los Angeles mayor Antonio Villaraigosa, along with Chairman of the House Democratic Caucus Xavier Becerra.

Senator Al Franken is here to discuss what he calls “the free speech issue of our time.” It’s called net neutrality, and it has the potential to affect the way you access the Internet.

The second open enrollment period for Obamacare starts on Saturday, but the newly minted Republican majority plans to make repealing the law a top priority. Add in some controversial videos from the law’s architect, and it looks like it’s going to be a long winter. S.E. Cupp, LZ Granderson, Penny Lee and Mercedes Schlapp are here.

Watch State of the Union with Candy Crowley Sunday morning at 9am and noon ET on CNN.