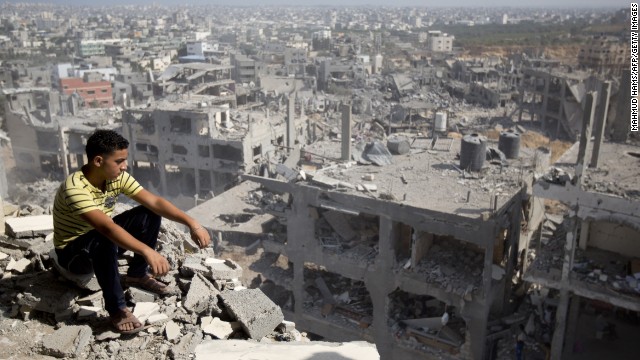 Get your daily scoop of what State of the Union is watching today, August 6, 2014.

1. Israel-Gaza crisis. A 72-hour cease-fire appears to be holding after one day, as Israeli and Palestinian officials gathered in Egypt for peace talks. So far there are no signs of an imminent deal to extend or make the truce permanent. Israel is calling for Hamas to disarm, while Palestinian group wants Israel to end its blockade of Gaza. Nearly 1,900 Palestinians have been killed since tensions between Israel and Hamas last month. The U.N estimates civilians deaths account for 70% of deaths in Gaza. On the Israeli side: 64 soldiers and three civilians have died.

2. Ebola. The virus may have claimed two more people. Health officials in Nigeria said a nurse died after treating someone believed to have contracted Ebola in Liberia, while Saudi Arabia reported a man there apparently died of the virus following a trip to Sierra Leone. The World Health Organization says as of Monday, 932 deaths were attributed to Ebola. The outbreak of the virus has been concentrated in West Africa. Meanwhile, two Americans who contracted Ebola while in Liberia are being treated at Atlanta's Emory University Hospital. The patients, Dr. Kent Brantley and missionary Nancy Writebol have been given the experimental drug ZMapp, which has never been tested on humans. Although the conditions of both Brantley and Writebol are improving, doctors say it is too early to tell whether the reason is ZMapp.

3. Rand Paul's Iowa tour. The Republican Kentucky senator is in the midst of a 10-stop tour of the Hawkeye state. It is also his 10th visit to Iowa, which holds the nation's first presidential contest. At a stop in the Des Moines area, Paul talked about the issue of same-sex marriage, saying he would support a constitutional amendment that defined marriage as a union between a man and a woman, but that he thinks it isn't an issue the federal government should address. "I don't want to register my guns in Washington or my marriage," said Paul, who is considered a potential 2016 presidential candidate. "That may not please everybody but historically our founding fathers didn't register their marriage in Washington. ... I'd rather see it be a local issue, not a federal issue."

4. FLOTUS: "Women are smarter than men." First Lady Michelle Obama says there is a reason why she and other women must be vocal about the issues of the day. "Women are smarter than men," Obama answered jokingly at an African Leaders Spousal Summit in Washington. "And the men can't complain because you're outnumbered today." Obama added that the world needs to prioritize girls and their education. "There should never be a girl in this world who has to fear getting educated. That should be something that is intolerable to us," the First Lady said. Obama was joined by her immediate predecessor Laura Bush, who echoed Obama's comments. "When we look around the world and see countries where half the population is marginalized or left out, then we usually see countries that are failing," said the former First Lady.