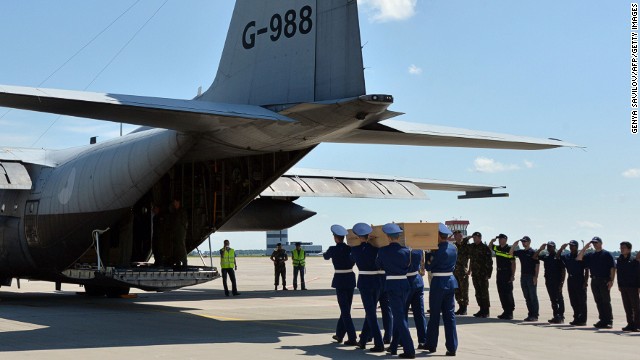 Your daily scoop of what State of the Union is watching today, July 23, 2014

1. MH17 victims. The country that suffered the biggest loss in the shoot-down of Flight 17 paused for a national day of mourning as the remains of 40 Dutch victims were returned home.  193 of the 298 people aboard the plane were from the Netherlands. The country's king and queen led the nation of 17 million in a solemn tribute.  Thousands of people lined the route where hearses made their way to a forensics lab.  Examination and identification of the bodies is expected to take months.