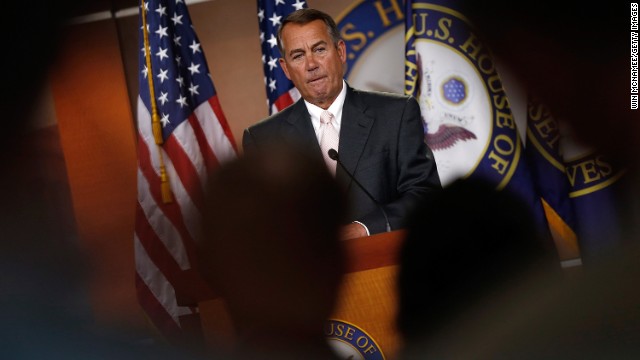 Get your daily scoop of what State of the Union is watching today, July 11, 2014.

1. Three titans scold Congress. Three of the country's biggest business moguls joined forces to push Congress for immigration reform.  In a New York Times editorial, Warren Buffett, Sheldon Adelson and Bill Gates said there is no excuse for inaction. "It's time for the House to draft and pass a bill that reflects both our country's humanity and its self-interest," they wrote. They also said passage of comprehensive immigration reform legislation would lift the country's spirits which could in turn, improve the economy. Adelson, a casino magnet and a top Republican Party donor, Buffett, the CEO of Berskhire Hathway and a supporter of President Obama, and Gates, the founder of Microsoft, also chided Congress for its role in Washington's constant gridlock. "It's time for 535 of American's citizens to remember what they owe to the 318 million who employ them," they wrote. We discuss the current border crisis and prospects for immigration reform with Sen. John McCain, R-Arizona, and four members of the House Sunday on State of the Union.

2. House GOP's Obama lawsuit. The White House says it is baffled by House Republicans' decision to sue President Obama over his decision delay the Affordable Care Act's employer mandate. Senior administration officials say that is because it was Republicans who voted last year to postpone until 2015 the requirement that businesses provide health care coverage to their employees or pay a penalty.  But House Speaker John Boehner suggested last year's House vote doesn't undercut the planned lawsuit. "The Constitution makes it clear that Congress writes the law, and the President takes the oath of office to faithfully discharge the laws that are on the books." Boehner has said the lawsuit is necessary because the President has overstepped his executive authority on a number of issues.

4. Cleveland. The city that once had the unfortunate reputation as "the mistake on the lake" hit the jackpot twice this week. First, it won the sweepstakes to host the 2016 Republican National Convention. But the bigger news to end the week is that Ohio native and basketball superstar LeBron James announced he is returning to the Cleveland Cavaliers.  James angered and broke Ohioans hearts four years ago when he decided to leave the Cavaliers for Miami.  James, who won two NBA titles with the Miami heat, said he always wanted to return to his hometown. "I always believed that I'd return to Cleveland and finish my career there. I just didn't know when." James said. "I looked at other teams, but I wasn't going to leave Miami for anywhere except Cleveland. The more time passed, the more it felt right. This is what makes me happy." Congrats Cleveland.