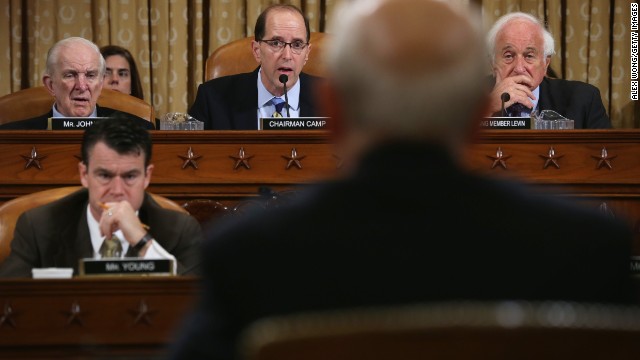 Get your daily scoop of what State of the Union is watching today, June 20, 2014

1.  IRS hearings.  A congressional hearing on missing subpoenaed e-mails of a former IRS official grew heated after the IRS commissioner said he didn't feel an apology from the agency was warranted.  The IRS says the emails of ex-IRS official Lois Lerner are permanently lost because a hard drive was destroyed.  Rep. Paul Ryan (R) Wisconsin, lashed out at IRS Commissioner John Koskinen. "This is unbelievable.  The apology that ought to be given is to the American taxpayer not to a government agency that is abusing its power.  "I am sitting here listening to this testimony.  I just – I don't believe it.  That is your problem.  Nobody believes you," Ryan said. "I don't think an apology is owed," said Koskinen "We haven't lost an email since the start of this investigation."  The committee is investigating whether the IRS targeted conservative groups.

2.  Faith, Freedom and the GOP.  Nine potential Republican presidential candidates courted a gathering of social conservatives Friday in Washington.  Among those addressing the conference organized by the Faith and Freedom Coalition was Sen. Rand Paul (R) KY.  Paul invoked President Ronald Reagan's famous phrase "peace through strength" in what appeared to be a jab at Republican Party hawks. "I fear that some in our nation and some in our party have forgotten the first part of the sentence, that peace should be our goal even as we build our strength," he said.  Some in my party have distorted this belief in peace through strength into a misguided belief that we should project strength through war."  Sen. Rand Paul will be a guest Sunday on State of the Union.

3. Gov. Rick Perry.  The Texas Republican said he "stepped in it," when he recently compared homosexuality to alcoholism.  The 2012 presidential candidate, who is considering another White House run in 2016, did not apologize for the remarks but said he would rather be talking about other issues.  "We need to be a really respectful and tolerant country to everybody," Perry said at an event sponsored by the Christian Science Monitor.  "Whether you're gay or straight, you need to be having a job and those are the focuses that I want to be involved with."