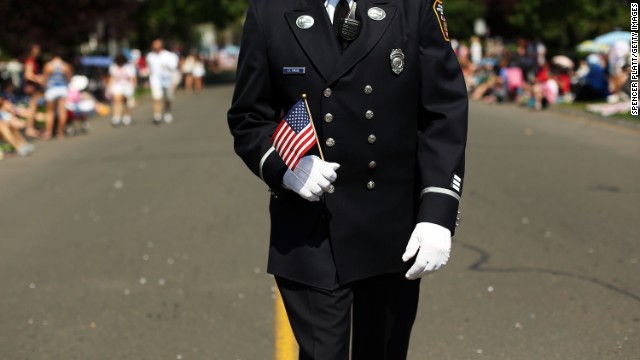 1. A VA cloud over Memorial Day. America prepares to honor its war dead as a scandal engulfs the federal agency charged with providing care for the country's military veterans. There are more calls for VA Secretary Eric Shinseki to step down. The latest is West Virginia's Democratic senate candidate Natalie Tennant. "It's clear Gen. Shinseki has become a distraction from the mission of the VA. New leadership is needed to earn back the trust and confidence of veterans and military families that the VA can deliver answers and find solutions to fix the broken system," Tennant said. Twenty-six VA facilities are under investigation for delayed medical appointments that some claim resulted in the deaths of some veterans, and fraudulent bookkeeping. The chairmen of the Senate and House committees on Veterans Affairs, Sen. Bernie Sanders (D-VT), and Rep. Jeff Miller (R-FL), join State of the Union on Sunday.

2. Obama's cabinet changes. President Obama formally introduced San Antonio Mayor Julian Castro as his choice to be the nation's next Housing Secretary. Castro was the keynote speaker at the 2012 Democratic National Convention and is considered a rising star in the party. His appointment to a White House cabinet position could strengthen Obama's and the Democratic Party's standing among Latinos. Castro replaces Housing Secretary Shaun Donovan, who Obama has tapped to be the next Budget Director.  Julian Castro's brother Joaquin, is a Democrat in Congress.

3. Mississippi primary scandal. Three more men have been charged in connection with a blogger accused of taking a picture of Republican Sen. Thad Cochran's wife in a nursing home bed. The blogger, Clayton Kelly, used the image in a political attack ad against Cochran. Cochran's Tea Party challenger, state Sen. Chris McDaniel, has denied any involvement in the controversy, but it has heightened tensions in an already nasty primary fight that comes to a head June 3, when Mississippi voters go to the polls.