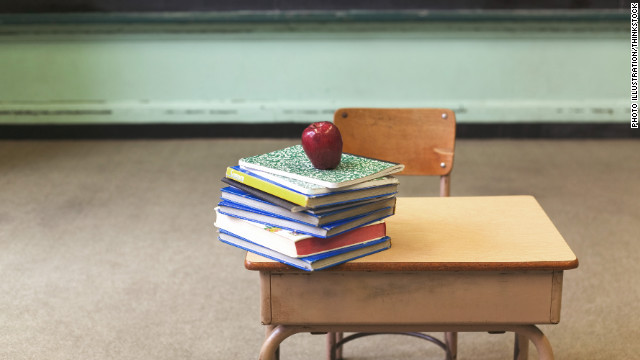 The "word gap" in America's schools

Sixty years ago today, the Supreme Court of the United States ruled that racial segregation in schools is unconstitutional; however, a reality of “separate but unequal” still exists in some American schools and is tied to the racial segregation of neighborhoods.

A Pew Research Center study found that in 2010 15.9% of white students attended a majority-minority school, compared to 79 percent of Hispanic and 76.5 percent of black students.

Carmel Martin, Executive Vice President for Policy at the Center for American Progress and a former assistant secretary at the Department of Education, says that funding schools based on property taxes leads to unequal allocation of resources. Students who attend predominantly white schools often tend to live in wealthier districts and therefore, their schools receive more government funding.

“We’re really falling short. There are very concrete actions that we can take but we’re not allocating the resources,” says Martin.

In light of neighborhood segregation, the U.S. Education Department’s Office for Civil Rights conducted a survey of the 97,000 public schools and 16,500 school districts in the United States, revealing racial and gender-based achievement gaps.

For many children in low income households, the disparities begin at home at a very young age.

In a speech on Friday, Hillary Rodham Clinton referenced the “word gap,” which is based on the study that low-income children hear about 30 million words less in the early years of their lives than their peers in middle- or upper-income homes.

“Economic pressures on parents translate into less time and interaction with their children- less time reading, talking, even singing- all of which we now know… stimulate crucial brain development,” said Clinton.

Deisy Ixcuna-Gonzalez of Providence, Rhode Island is only seventeen months old and her parents Maria Gonzalez and Rafael Ixcuna, who are immigrants from Guatemala, have already enrolled her in a new city-run program called Providence Talks to improve her vocabulary.

"I want better for Deisy than what I had,” Gonzalez told CNN.

The program emphasizes to parents the importance talking to their children and interacting with them. These interactions are measured with recording devices or “word pedometers” that children wear once a week that count the words they're exposed to. The devices work in several languages, including English and Spanish.

“A child’s first teacher is the parent and we hope to help parents educate their children as much as possible,” Providence Mayor and Founder of Providence Talks Angel Taveras tells CNN.

Parents and caregivers receive coaching during house visits on how to improve their children's vocabularies by involving them in household chores and engaging with them intentionally and actively.

“The program teaches parents effective techniques when reading to their child and even if you can’t read, going through a book and pointing out pictures and engaging with your child can also be effective,” says Providence Talks spokesman Rob Horowitz.

Horowitz says that the program’s priority is to serve lower income families but they hope extend it to all Providence households in the future.

The program was the winner of the $5 million Bloomberg Philanthropy Mayors Challenge, a contest created by former New York Mayor Michael Bloomberg to encourage and support new ideas from city leaders. The funding will last for several years and Taveras told CNN and he hopes the program will be able to continue after the Bloomberg funds are depleted.

The program is still in its early stages and the pilot stage was launched this past February. It is being evaluated by Brown University and Taveras hopes that other cities and states can learn from this initiative.

“We hope to strengthen the case for making this approach to education more systemic,” says Taveras.