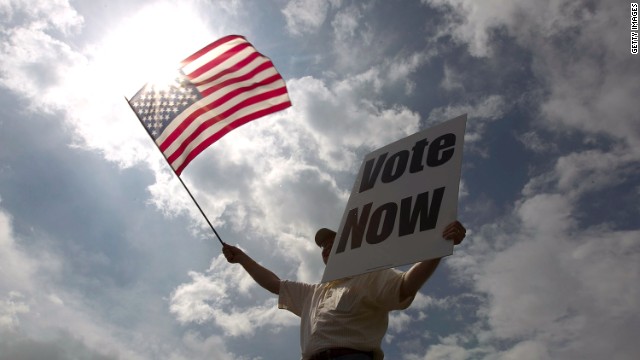 Fifteen ways to slice the midterms

Through the cacophony of noise that is political analyses and reporting comes our effort to cut through it all with a User’s Guide to slice and dice the story lines (in no particular order) from now till November.

1)      Return of the Establishment. But will it mean GOP victories in the fall? The tea party’s candidates have failed to catch on in Kentucky, North Carolina and Mississippi, to name a few. Absent any one-time-witches in the field, there’s no guarantee that the tea party faithful will turn out in droves to push Sen. McConnell over the finish line.

2)      Where art thou independents? Are the disenfranchised conservatives or are they middle of the road voters who are thoroughly ticked-off at Washington? Either way; will they vote?

3)      Minimum Wage/Minimum Gain? Will Democrats get a minimum return on the time they have invested on the issue? President Obama continually pushed for an increase in the minimum wage throughout the year. He’s been taking it to the voters outside the Beltway. But is the issue doing what Democrats are hoping for – energizing the base?

4)      John Boehner & the Border. Will Speaker John Boehner take immigration reform to the floor? Will he buck his caucus’ most conservative members? And if so will it have any effect on who turns out to vote?

5)      Embrace the Act. Can Democrats effectively run on the parts of the Affordable Care Act that the public likes? Will the public still like any of it as the year wears on? Who’ll run away from it and who’ll run on it? And with polls showing almost half of the country now wanting to tweak instead of throwing it out, can running on the anti-Obamacare theme gin-up the conservative base as much as some in the GOP expect?

7)      Meet the Clintons. Where will they campaign? Will they focus their efforts on early primary states; or will they leap-frog directly to the 2016 purple states? And when they’re campaigning, will we hear them selling the Obama years or laying out their rationale for Hillary’s expected 2016 run?

8)      The other-ones (Maryland’s Governor O’Malley, Virginia Senator Mark Warner and Minnesota’s Amy Klobuchar). Where, if anywhere, on the campaign trail will we see the 2016 Democrats-in-waiting? What are they selling?

9)      Who’ll rise from the masses? If the Republicans are looking outside the Beltway for their 2016 champion; who’ll most effectively use 2014 to set themselves above the rest?

11)     The first couple. As President Obama seems relegated to collecting checks at Democrats’ fundraisers; will the first lady hit the hustings?

12)    Where’s Joe? Keep track of how many times Vice President Biden pops up in New Hampshire, Iowa, South Carolina, Florida … in the next six months.

13)    Chris Christie’s Republican Governors Association. How successful will the New Jersey governor be at getting Republican governors elected? Will he have gathered enough chits and contacts within the GOP’s donor class to revitalize his vision of sitting in the Oval Office?

14)    Marijuana on their mind? Will there be a ‘higher’ turnout in Alaska & Oregon where voters will get the chance to legalize pot? Could those states keep the Senate blue?

15)    Benghazi Backlash. Is it the cold that could develop into a flu for Democrats? While Democrats may brush-aside Rep. Trey Gowdy’s special committee as a joke, the GOP base will eat-it-up.

Did we miss any (many)? Send us your thoughts.