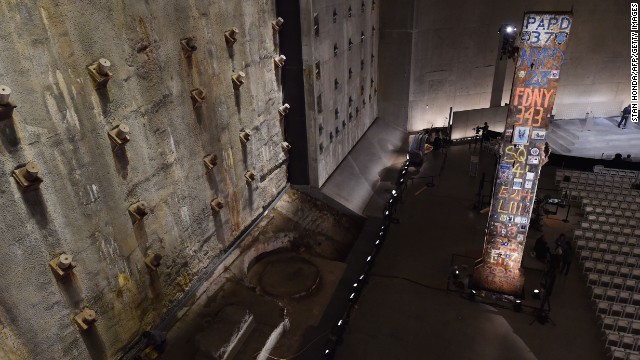 1. September 11th Memorial Museum Opens. It was an attack that killed thousands and opened a gaping wound in the hearts of Americans and many others world. Presidents Obama and Clinton joined New York Mayors Bill de Blasio, Michael Bloomberg and Rudy Giuliani to officially dedicate the September 11th Memorial Museum. In a moving ceremony including victims’ families, survivors, first responders and other invited guests, the dimly lit underground memorial located at bedrock offered a somber reminder of the depth of feelings many still hold of the worst foreign strike ever conducted on US soil.

2. Outrage Over the Veteran’s Administration’s Treatment of Veterans. Secretary of Veterans Affairs Eric Shinseki told members of the Senate Veterans Affairs Committee that allegations regarding the manipulation of waiting lists for medical care at veterans’ hospitals “makes me mad as hell.” CNN’s Investigative Unit first un-covered “secret” the lists at a VA medical facility in Phoenix, Arizona, and now whistleblowers are coming forward from other VA facilities. Shinseki insist he will not step down from his post over the scandal. After the hearing, reporters asked Shinseki if he had fired any administrators over the delayed medical care. Shinseki said he’s fired some administers and promised veterans: “I have not abandoned them.”

3. Guantanomo Detainees- Where Would They Go? As a candidate for president, Barack Obama promised to close the US prison in Guantanamo, Cuba. The promise has been elusive. Congress banned allowing Guantanamo detainees from being kept in the US, and now a joint report released this week by the Department of Justice and the Pentagon, and both those for and against lifting the ban see promise in the report. Senate Judiciary Committee Chairman Pat Leahy (D-VT) tells SOTU, “As the executive branch continues its efforts to close the detention facility at Guantanamo Bay, this report lends further support for lifting the congressional ban on transferring Guantanamo detainees to the United States for detention or trial – and should end any speculation that doing so would somehow endanger our nation.  The executive branch must have all options available to it as it seeks to close the detention facility at Guantanamo.  I have long believed that closing Guantanamo is the morally responsible thing to do, and above all will make our country safer.”  House Armed Services Committee Chairman Howard P. "Buck" McKeon (R-CA) tells the New York Times that he thinks the same report supports keeping the ban in place.