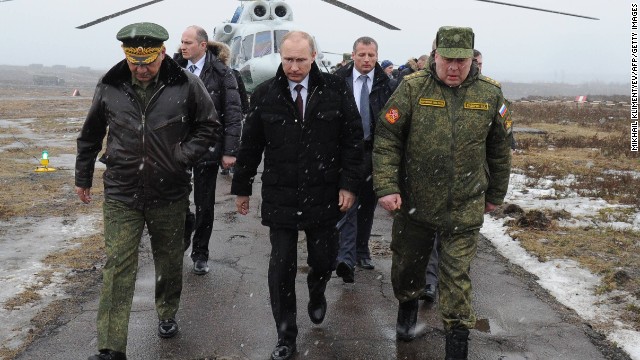 In the continuing effort to get at Russian President Vladimir Putin where it hurts the most, the White House is encouraging US business leaders to withdraw from planned participation in the St. Petersburg International Economic Forum to be held later this month in Russia.

White House spokesperson Caitlin Hayden tells CNN's State of the Union that participating in the forum is a choice for American businesses, but the Obama administration is letting companies know it takes a dim view of those who choose to go to St. Petersburg while the crisis in Ukraine continues and economic sanctions are in place.

"Obviously companies will have to make their own decisions, but we believe that senior business executives traveling to Russia to make high-profile appearances with Russian government officials at events such as this would send an inappropriate message, given Russia's behavior, including its clear failure to carry out its commitments under the Geneva accord."

Hayden adds that no US officials will attend the meeting scheduled for May 22nd to May 24th and is hosted by President Putin.

Alcoa CEO, Klause Kleinfeld, and Chairman of the Boston Consulting Group, Dr. Hans-Paul Buerkner, are both listed as panelist for one forum entitled: What Steps are Needed to Bring Russia's Stalled Economy to a New Phase of Sustained Growth.

Last week Citigroup announced its CEO, Mike Corbat, would not being attending.

"While our CEO is not able to attend SPIEF this year, Citi will have several representatives at the forum," Citi spokesman Mark Costiglio tells CNN's State of the Union.

Tune in tonight on @CNN at 9p ET twitter.com/cnnpr/status/1…
CNNsotu

7:08 pm ET January 23, 2021 RETWEET
RT @wolfblitzer: Larry King was my @CNN colleague and good friend. He was an amazing interviewer and a mentor to so many of us. He loved wh…
CNNsotu