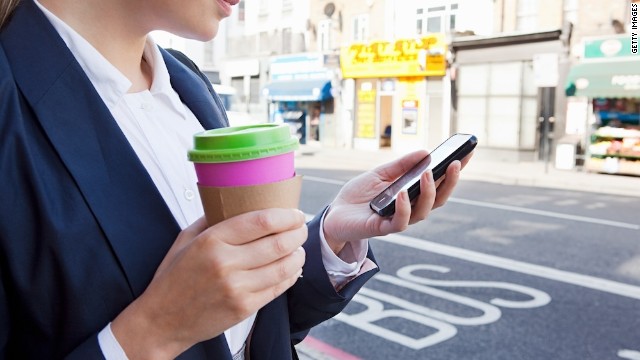 As Americans become more and more dependent on “smart” technology, the type of information shared is getting more personal and the sharing is becoming more frequent.

When the only methods of sharing were e-mail and instant messengers like AIM, Americans had more control over what they shared.

In the days of wireless technology, GPS locators, innumerable applications, online banking and shopping, your smart phone could be sharing information about you and your location without your knowledge or consent. And users who are always online, are always at risk.

Col. Cedric Leighton, who is a former NSA Deputy Director for Training, says smart phones are “miniature radios” and their broadcasts “are vulnerable to interception” which makes it possible for conversations to be picked up by spies.

Spyware and tracking cookies collect data about your search history; including your age, location, interests, friends, items you liked but didn’t purchase and the amount of time you spend on a website in order to target ads specifically designed to a consumer’s interests and needs.

Former Wall Street Journal investigative reporter Julia Angwin investigates the economy of consumer surveillance in her book “Dragnet Nation: A Quest for Privacy, Security, and Freedom in a World of Relentless Surveillance.”

By becoming aware of how we share our data and who we share it with, Angwin believes we can stay on the grid and participate in the Internet age while maintaining a level of privacy.

“I don’t want to give up the benefits of our information economy to protect my privacy and I don’t think that I should have to,” says Angwin.

A variety of anti-hacking applications and hardwired anti-hacking devices are on the market for those seeking a higher level of privacy.

But do anti-hacking applications work?

According to Col. Leighton, the best way to ensure that your information is as secure as possible is to have “baked security” built into smart phones.

“The usual way in which software and computer components are brought to the market is with security as an afterthought.  That is the mistake that hackers exploit and we will pay a big price for that oversight,” Leighton says.

Anti-hacking technologies can make it more difficult and time consuming for a predator to access a user’s information.

“Cyber criminals, cyber bullies and national cyber armies are all waging a battle to get the most information they possibly can,” Leighton says.

Former Deputy Undersecretary of Defense for Trade and Security Stephen Bryen, who is now the CEO of technology firm Ziklag Systems LLC, said that one of the biggest vulnerabilities on smart phones is downloading applications.

“Applications often ask that a user consent to a set of permissions… users don’t pay attention to what these permissions allow,” Bryen tells State of the Union.

His firm developed a hardwired Android device which requires downloads to be inspected and approved by a system administrator.

“You might get a message that there’s an update available and you download it thinking you’re getting Instagram but what you’re getting is trouble,” Bryen says.

While a hardwired device can protect users from both inward and outward threats, you can only use it to communicate with those who own the same device.

Instead, some users utilize anti-hacking applications like Silent Circle and Seecrypt which can be downloaded on to a variety of smart phones.

Seecrypt is an application that double encrypts calls and messages so that tracking them is significantly more difficult. Each phone call and each message is sent with a different key.

“We take random data from the phone and we hash it to create a source of randomness that generates the key, which is a very large mathematical number- 2048 digits long and we multiply that again by another number that is 3068 random digits long,” says Seecrypt CEO and developer, Harvey Boulter

Because the number is so large, Boulter says that breaking the key is nearly impossible.

“For somebody who’s not the government there’s not a hope in the world that you will able to break this key,” says Boulter. “But if you have an NSA type super computer and the time and energy then it’s possible.”