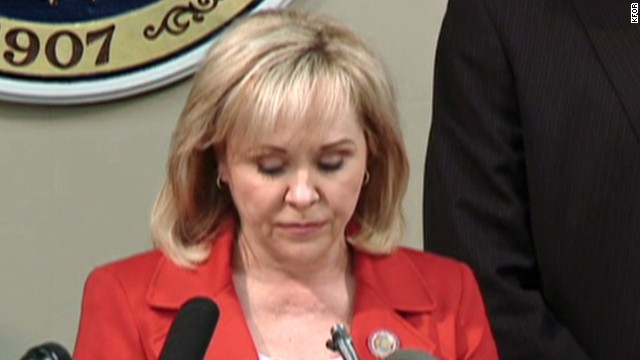 1. Oklahoma's botched execution.  Oklahoma Gov. Mary Fallin has ordered an investigation after the execution of a death row inmate went wrong Tuesday night.   The 3-drug cocktail given to Clayton Lockett was supposed to make him unconscious, and stop his breathing and heart. But 16 minutes after the execution began, witnesses said Lockett was able to lift his head off the gurney and appeared to be under a great deal of physical distress.  He died of a heart attack 43 minutes after receiving the first lethal injection.  Gov. Fallin says state execution procedures will be reviewed to determine what went wrong.  She also issued a 14-day stay of execution for another death row inmate.  Lockett was convicted of shooting 19-year-old Stephanie Neiman and ultimately burying her alive. END_OF_DOCUMENT_TOKEN_TO_BE_REPLACED