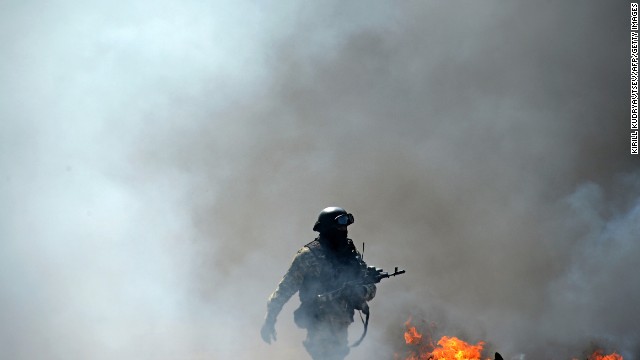 Your daily scoop of what State of the Union is watching today, April 24, 2014.

1. Crisis in Ukraine. Tensions are escalating as Russia launched new war games on its southern border with Ukraine after Ukrainian forces said they killed five pro-Russian militants. President Obama said Russia appears to be ignoring a truce deal agreed to last week by the U.S., Russia, Ukraine and the European Union. "We continue to see militias and armed men taking over buildings, harassing folks who are disagreeing with them, and destabilizing the region, and we haven't seen Russia step up and discourage that," Obama said Thursday in Tokyo. But Russian Foreign Minister Sergey Lavrov says the West is unfairly blaming Russia for Ukraine's unrest. "We don't have any doubts that the first step must be done by the Kiev authorities," Lavrov said.