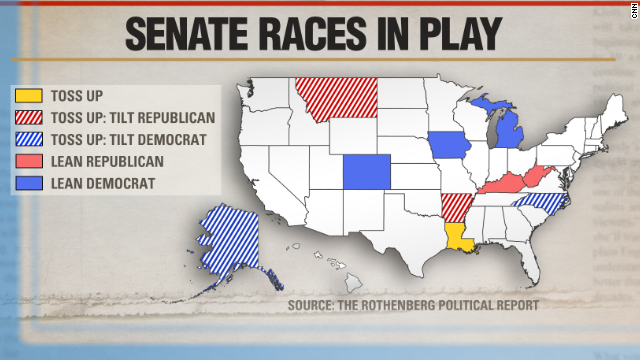 Senate Dems worried about Obamacare: President Obama says “…Democrats should forcefully defend and be proud” of the Affordable Care Act now that enrollment hits 8 million.  Will that help Democrats save the Senate in November? Candy Crowley breaks down the ObamaCare effect with the DNC’s Mo Elleithee, Sean Spicer from the RNC, and political handicapper Stu Rothenberg

Malaysia Airlines Flight 370: According to Australia’s Prime Minister, searchers using a robotic submarine to look for missing Malaysia Airlines Flight 370 have less than one week to find the wreckage.  Prime Minister Abbott says "If we don't find wreckage, we stop, we regroup, we reconsider." Kim Beazley, Australia’s Ambassador to the United States joins us live in studio.

Iraq and a marathon: Among the 36,000 runners at Monday’s Boston Marathon is Lukman Faily, the Iraqi Ambassador to the United States. He’s running to fund-raise and show solidarity with the victims of terror in Boston and Baghdad.  Iraq’s national elections are less than 2 weeks away, but parts of the country are descending further into chaos. Has war fatigue in the U.S. contributed to instability in the Middle East?

Suicide epidemic: 22 U.S. war veterans kill themselves every day. It’s the silent killer resulting from physical and mental health challenges, financial woes, or what some describe as the “daunting task” of re-assimilating to civilian life.  Sen. John Walsh – the first Iraq War combat veteran to serve in the United States Senate and Tom Tarantino of Iraq and Afghanistan Veterans of America are here with a story that defines an entire generation.