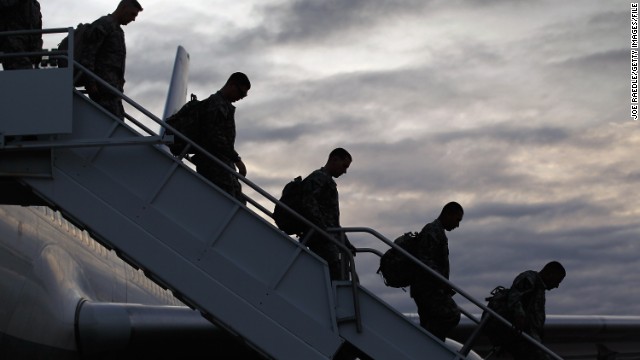 Mental Health in the Military

(CNN) Ivan Lopez juggled life as an Army Specialist, husband and father.  His neighbor at Ft. Hood says that whenever Lopez saw someone he would smile.

On Wednesday Lopez shot and killed three people and wounded sixteen others. About twenty minutes into the rampage, he walked towards a military policewoman and shot himself.

All of those killed and injured were U.S. servicemen, shot on the same base still synonymous with a massacre that visited Fort Hood just five years ago.

Staff Sergeant Patrick Zeigler, who is still recovering from multiple bullet wounds to his head and body from the 2009 massacre, told CNN in an interview when he heard the news “I just tore up my heartstrings.”

Lopez served for four months in Iraq in 2011, and although no records indicate his having seen combat, Lopez self-reported a traumatic brain injury during deployment.

He was undergoing treatment for mental problems, depression, anxiety and other psychiatric disorders.

The nonprofit think-tank RAND Corporation estimates that one in three veterans suffers from a traumatic brain injury, depression, or PTSD.

In this particular case, experts caution against blaming PTSD.  They argue it will further stigmatize the condition, discouraging some vets from accepting they have it and seeking treatment. Others argue when treatment is sought, it is the actual name of the diagnosis itself that is the issue:

The Fort Hood shooting comes as former President George W. Bush emerges  as the most high-profile proponent to de-stigmatize PTSD.  He proposes dropping the “D” and relabeling it Post Traumatic Stress, and reclassifying it as an illness rather than a disorder.

While many veterans groups praised Bush’s efforts, Dr. Jeanne Stellman of Columbia University said it is more important to reclassify PTSD as an illness rather than removing the ‘D” from the title.

However, she also said that de-stigmatizing PTSD is possible, citing the example of afflictions such as AIDS in which similar measures and public education served to lessen their pernicious social scars.