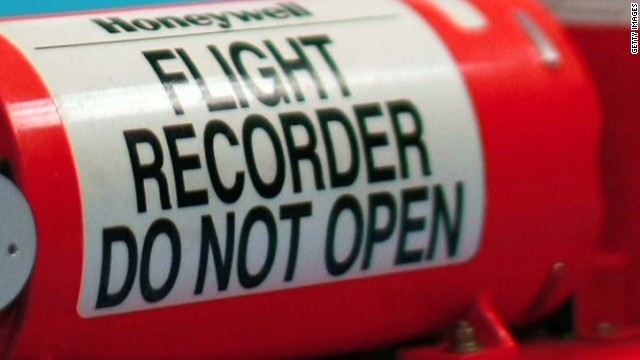 Beyond the "Black Box"

(CNN) A Chinese patrol ship detected a pulse signal in the Southern Indian Ocean according to reports on Saturday. Although the signal’s frequency of 37.5 kHz matches the standard frequency for cockpit voice recorders, there is no confirmation the signal is from missing flight MH370. Time is running out in the race to locate the flight’s black box, with batteries that last for only a required 30 days.

As the search narrows in focus on the location of the black box, there’s increasing attention to future developments in aviation technology. Perhaps, some experts suggest, the black box is no longer the most resourceful way to reveal information from an airliner in our high-tech age.

The mystery also raises questions regarding voice communication and human interaction. Is there technology beyond the black box that aviation safety experts should focus on and begin to develop? Some experts think voice recorders are simply not enough. In the case of missing Air France Flight 447, the flight data recorder wasn’t found until nearly two years after it had crashed.

The words, “good night Malaysian three seven zero” were the final known words heard from the cockpit of Flight 370; in this crisis, simple audio analysis may not be adequate. And, experts emphasize that black boxes never tell us everything.

There are aviation experts who say it’s important to hear the exchanges between pilot and first officer in order to better understand communication in the cockpit during a crisis.

Aviation editor and reporter at Flight Global, Stephen Trimble, told CNN’s Candy Crowley that advanced requirements in aviation technology should be able to tell ground control “what's happening on the aircraft in real time or when there’s a significant event that's worth finding out about.”

According to the Australian National University, “non-talk activities are critical for task-oriented interaction.”The ANU study reveals that the black box does not offer the full picture of when pilots push buttons, turn dials, monitor displays, look out windows, and all other physical actions that do not require audio discussion.

There’s still hope that the MH370’s black box will be found, and that its discovery leads to the plane itself. All are hopeful that the flight data recorder can provide insight to what occurred in the final moments of flight. With each day that goes by, however, lessons are learned. Aviation technology that goes beyond the black box may need to be considered. Cameras and streaming technology in real time could be the next requirement for the aviation industry. For now, the search continues for any clues at all about the mystery of missing flight MH370.