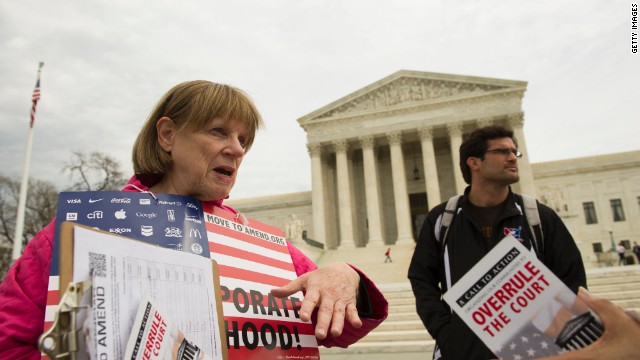 Are political donations a form of free speech?

In a 5-4 decision the Supreme Court ruled Wednesday private citizens can contribute to as many candidates as they’d like during a single election cycle. Contributions to a single candidate are still limited to $5,200.

In McCutcheon vs. the Federal Election Commission (FEC), the high court ruled in favor of Shaun McCutcheon, a conservative businessman from Alabama.

In a phone interview McCutcheon tells State of the Union “I’m very excited that our First Amendment freedom is being upheld in the Supreme Court… The Constitution guarantees the very important First Amendment right to be able to promote political ideas and change.”

In a statement, Chairman Reince Priebus applauds the decision and the RNC’s role in supporting McCutcheon:

“I am proud that the RNC led the way in bringing this case and pleased that the Court agreed that limits on how many candidates or committees a person may support unconstitutionally burden core First Amendment political activities. When free speech is allowed to flourish, our democracy is stronger.”

The FEC, however, is expressing fears that unlimited contributions would lead to corruption.

In a statement, the FEC says “The Commission is considering the impact of the opinion on its existing regulations.”

According to attorney Emily Tisch Sussman, Campaigns Director for Center for American Progress Action Fund, the ruling is problematic because candidates will be less concerned with serving the public and more focused on courting a select few wealthy citizens who could fund their campaigns.

Sussamn says, “The ruling for Mr. McCutcheon is unfortunate for the American public.  He argued that his First Amendment free speech was limited due to the aggregate limits on campaign contributions, when in fact, by striking down the limit, he has making his voice so much louder than the average American.”.

Sussman argues that “We the People” is really applicable to “we the wealthiest.”

“We are talking about people who can afford to give more than $123,200 per year on federal elections alone.”

McCutcheon tells State of the Union that “There are just as many wealthy Democrats as Republicans and the private citizen should be able to spend as much money as they want to on elections.”

*Susan Garraty contributed to this report 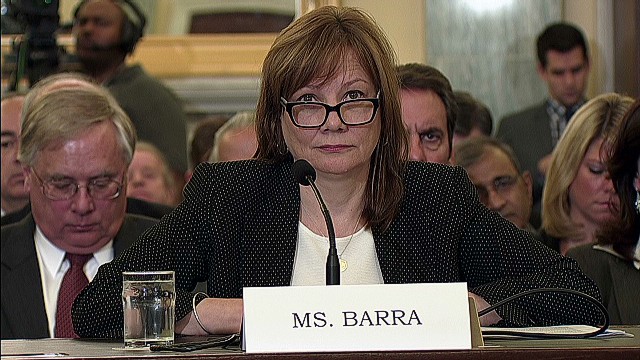 Get your daily scoop of what State of the Union is watching today, April 2, 2014

1.  GM's CEO on the hot seat.  For a second straight day, General Motors CEO Mary Barra faced a grilling from lawmakers about an ignition switch defect linked to the deaths of 13 motorists.  The problem led to the deactivation of airbags and cut off engines, power steering and brakes in some of GM's small car vehicles.  Barra, who has acknowledged that GM knew about the ignition issue as early as 2001, said an independent investigation is underway and stressed "the new GM" has differently since the 2009 government bailout.   But one senator warned Barra the automaker could be looking at criminal charges.  "The more I learn about what happened before the reorganization and in connection with the reorganization the more convinced I am that GM has a real exposure to criminal liability. In fact I think it is likely and appropriate that GM will face prosecution based on this evidence," Sen. Richard Blumenthal, (D) CT, told Barra. END_OF_DOCUMENT_TOKEN_TO_BE_REPLACED