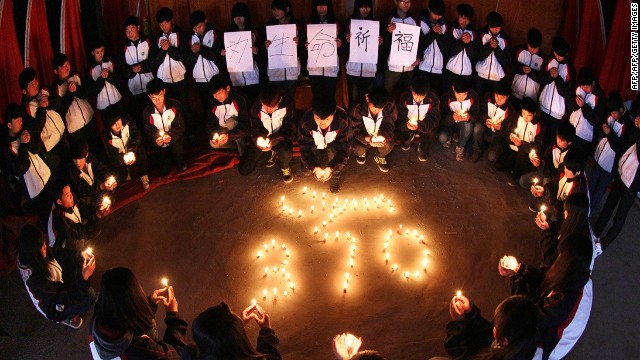 Your daily scoop of what State of the Union is watching today, March 28, 2014.

1. MH370 Mystery. A new search area is offering new leads in the investigation into the missing Malaysian jetliner. Authorities are now focusing on a corridor closer to the Australian coast. Five of 10 planes that scoured the new search zone Friday spotted objects in the water. The crew of a U.S. Navy P-8 search plane saw white objects, orange rope and a blue bag. Authorities say it is too early to tell whether the debris is from Flight 370. "The objects cannot be verified or discounted as being from MH370 until they are relocated and recovered by ships," the Australian Maritime Authority said in a statement. We'll talk about the search for Flight 370, how its disappearance will change air travel and what's next for the passengers and crew's families Sunday on State of the Union.

2. Christie meets the press. New Jersey Gov. Chris Christie faced reporters for the first time since he held a news conference about the George Washington Bridge controversy two months ago. The Q & A came one day after an internal review by lawyers hired by Christie's office cleared the governor of any wrongdoing. Christie has denied any beforehand knowledge of the bridge lane closures, which caused massive traffic jams and was apparently orchestrated by top Christie aides for political reasons. The bridge controversy has stalled Christie's momentum toward a possible run for the Republican presidential nomination in 2016. But Christie told reporters Friday he is focused on the present. "I have a job to do, my future will take care of itself," he said.

3. Putin's next move. U.S. and NATO military officials are keeping close eye on Russian troop movement in Ukraine. Ukraine's government says Russia now has 100,000 troops stationed on Ukraine's border, while the Pentagon puts the number of troops at 40,000. Is Russian President Vladimir Putin just muscle flexing after annexing Crimea or is he planning an invasion of Ukraine. If so, what should the U.S. do? We'll get Senate Intelligence Committee Chairman Dianne Feinstein's take Sunday on State of the Union.

4. The U.S. & Saudi Arabia. President Obama is in Saudi Arabia for talks with the country's King Abdullah. The President is hoping to ease tensions between the two countries. Although a longtime U.S. ally, Saudi Arabia has not been shy about expressing its unhappiness with the Obama administration over its handling of Syria and Iran.