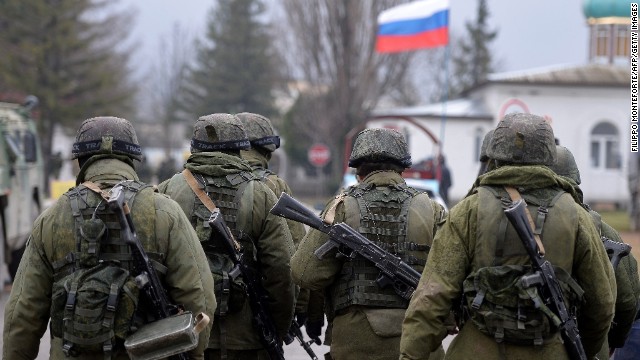 With Friday’s formal annexation of the Crimea to Russia, some are saying that much more than Ukraine’s sovereignty has been lost. Aaron David Miller, a veteran of Middle East diplomacy and vice president of the Woodrow Wilson International Center for Scholars, says in a CNN op-ed that the loss of Crimea to Putin’s grasp will have far-reaching implications for US foreign policy in the Middle East. One CNN foreign affairs reporter compared the situation to a chessgame with vast geopolitical consequences.

Miller says what is perceived as Russian resolve in the face of empty American sabre-rattling will embolden Iranian hardliners and Syria’s Bashar Al Assad, to whom Russia has been a vital ally despite the three-year long butchery wrought by Assad’s regime. And with multilateral nuclear talks with Iran underway, Russian diplomats have been cautioning that should the US standoff over Ukraine continue, they can just play the “Iran card”–that is, derail talks by easily switching their stance on the nuclear issue.

Even if Putin becomes a pariah to Western leaders, the strongmen rulers of the Middle East could see him differently. With Syria firmly in his sphere of influence, Putin recently added to the frosting of the US-Egypt relationship by welcoming de-facto Egyptian ruler and all-but-assured future president, the Field Marshal Abdel Fattah El-Sisi, to Moscow. Putin endorsed El-Sisi’s candidacy for president and signed a $3 billion Russo-Egyptian arms deal.

Obama’s early promise that “there will be costs” should Russia enter Ukraine for many brings to mind the Administration's failure to make good on similarly ominous threats repeated to Syria, even after Al Assad crossed Obama’s “red line” by gassing his own citizens, on at least 14 occasions. It is not only America’s enemies that could be strengthened by Russia now acting without cost. Allies too, whose policies only sometimes run counter to US rhetoric, can be emboldened by weakness over Crimea: even where the oldest American ally in the Middle East is concerned, those in Israel’s government have acted in repeated defiance of US calls to cease settlement expansion–no doubt, Miller says, egged on by US words with no action in Syria and now the Crimea.

Some are chalking up Putin’s swallowing of Crimea as being partly motivated by there having been no meaningful punishment over his 2008 invasion of Georgia, and there being no real punitive action taken against his ally Assad after repeatedly his crossing the “red line”. In statecraft when a power is perceived as weak, other players are motivated to act. It remains to be seen whether or not the West will be perceived again as weak as the Crimea is annexed to Russia, and as the US leads the West in contemplating next moves.