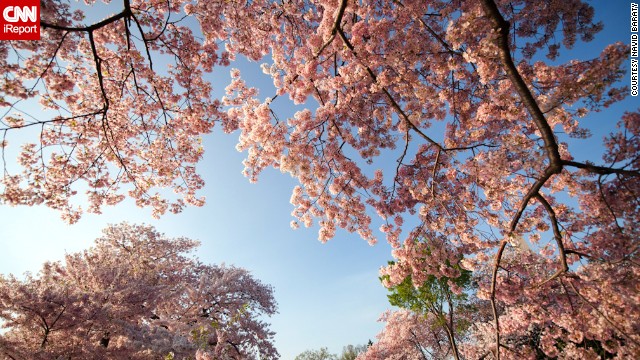 Your daily scoop of what State of the Union is watching today, March 20, 2014.

Your first day of Spring edition of the Scoop.

1. Flight 370 breakthrough? Australian satellite pictures have captured images that may be debris from the missing Malaysian Airlines plane. Investigators say the pictures are promising enough to focus resources on the area about 1,500 miles from Perth, Australia. "At least there is a credible lead," said Malaysia's interim Transportation Secretary Hishammuddin Hussein. "That gives us hope. As long as there's hope, we will continue." The search is scheduled to resume Friday at daylight western Australia time.

2. Russia hit with more sanctions. President Obama announced tougher U.S. sanctions against Russia in response to its annexation of Crimea. The new sanctions target 20 officials, including senior Russians and "cronies" who hold significant influence in the Russian system, as well as one bank that holds "significant" resources, according to a senior U.S. official. "These sanctions would not only have a significant impact on the Russian committee but also be disruptive to the global economy. However, Russia must know that further escalation will only isolate it further from the international community," said Obama in announcing the new round of sanctions. Russia has leveled its own sanctions against a number of U.S. officials and lawmakers, including House Speaker John Boehner, Senate Majority leader Harry Reid and Sens. John McCain, Robert Menendez and Mary Landrieu.

3. Pelosi: Dems not turning against Obamacare. Last week on State of the Union, RNC chairman Reince Priebus told Candy Crowley that one of the lessons learned from the GOP's House seat win in Florida's 13th congressional district is that "Obamacare is complete poison out there in the field." House Democratic leader Nancy Pelosi says Democrats are standing by the law, even though some are calling for changes." As the implementation takes place, as we see improvements that can be made to any compromise - which the bill was, we'll do that," Pelosi said. "But  just because people say, "I don't want to repeal it, but I do want to fix it," doesn't mean they're walking away from it."

4.  Push to the Obamacare finish line. With the March 31 deadline to sign up for Obamacare insurance exchanges approaching, the White House is getting some outside help to encourage enrollment. Organizing for Action, the political action group created from President Obama's 2012 re-election campaign, is releasing a new video and a series of tweets by prominent Democrats Thursday encouraging uninsured young people to sign up.  The group is hoping the video and tweets will be shared on social media as part of the popular Twitter hashtag “Throwback Thursday,”

4. International Happiness Day. Despite the missing plane, heightened tensions between Russia and the West and other troubles around the globe, the United Nations thinks there's still reason to be happy. So much so, that it has declared Thursday, March 20, International Day of Happiness. "The pursuit of happiness is a fundamental human goal," the U.N. said in a declaration recognizing the day. The U.N. has teamed up with singer Pharrell Williams and his hit song "Happy" to help drive home the point.