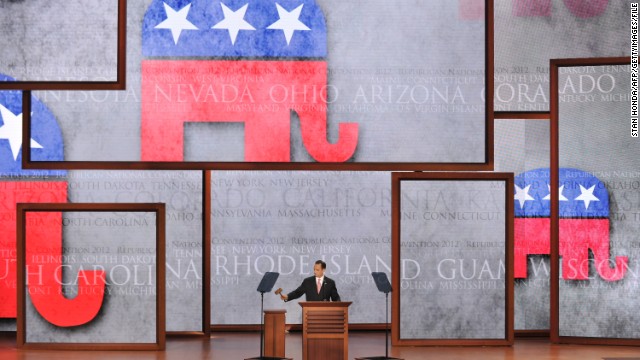 In the year since the Republican National Committee (RNC) Chairman Reince Priebus commissioned a team of experts to produce the RNC “Growth and Opportunity Project”, a comprehensive examination of lessons learned from the GOP’s 2012 electoral defeats, it appears that the project, colloquially called the RNC “autopsy”, may be requiring its own post-mortem.

Priebus has declared the 110-page report, released last March, "the most comprehensive post-election review" ever, the product of an intensive two-month probe that included meetings with focus groups, party leaders, staff members, donors and volunteers. One of the most pressing points articulated in the memo calls for the GOP to cease alienating and start embracing more “demographic partners”, groups like America’s women, Hispanics and African-Americans, who overwhelmingly voted for Obama in 2008 and 2012.

In a surprising about-face, the report declared, “we must embrace and champion comprehensive immigration reform.” For “If we do not,” the report forecasts, “our Party’s appeal will continue to shrink to its core constituencies only.”

In another break with GOP orthodoxy, the autopsy also called for a softened stance on LGBT issues, citing the profound generational split on the issue, and perceptions of the GOP as increasingly intolerant: “Already, there is a generational difference [...] about issues involving the treatment and the rights of gays - and for many younger voters, these issues are a gateway into whether the Party is a place they want to be.” The report cautions, “If our Party is not welcoming and inclusive, young people and increasingly other voters will continue to tune us out.”

The report’s mantra of tolerance was stressed by Glenn McColl, a South Carolina committeeman. “The party should be proud of its conservative principles but just because someone disagrees with us on 20 percent of the issues does not mean we can't come together on the rest of the issues we do agree on.” The report’s consideration of re-drawing Party lines partly due to generational splits underscores a prolonged battle the GOP has been waging with itself: whether its future lies more towards the center or far right of the political spectrum.

Another major point raised in the autopsy concerns the GOP’s technological lag behind Democrats in campaign mechanics and digital infrastructure. In December 2013, DNC spokesman Mike Czin questioned how much progress had really been achieved, although he said he had “no doubt” that GOP efforts were underway “to figure out how to do this.” Czin cited the 2013 Virginia gubernatorial race, won by Democrat Terry McAuliffe, to make the case that Republican investments had not paid off: Republican Ken Cuccinelli’s campaign, he said, emailed volunteers with only a few weeks before election day, instructing them to “reach out again” since “sometimes things fall through the cracks.” Czin points out that with the Virginia gubernatorial race conspicuously among the biggest and most high profile in the country, “that tells me that whatever investments they’re making” were ineffectual or ignored.

The GOP’s poor performance in the Virginia 2013 gubernatorial race also demonstrated more examples where Republicans failed to heed the autopsy recommendations. Ken Cuccinelli's radical views alienated exactly the “demographic partners” the report urged the GOP to court: Cuccinelli’s championing of “trans-vaginal” ultrasounds enraged women and his push to criminalize sodomy enraged the LGBT community. Cuccinelli's radicalism further made him a standardbearer of the disastrous results that can come about when nominations are made at a state convention rather than through a primary - something that the autopsy also specifically warned against.

Acting in counter to the Priebus report’s recommendations, Republicans have continued to block immigration reform, citing the party’s official platform to reject “any form of amnesty” for undocumented immigrants, as well as perpetuating the “War on Women” by working to restrict women’s reproductive rights. And, the GOP continues to push for anti-gay legislation.

Despite this, Priebus said this past January that the party’s efforts to “engage with voters of all backgrounds” is bearing fruit. “We’re getting to know communities where we hadn’t been for a long time, and we’re talking to people who hadn’t heard from us for too long,” he said. RNC deputy political director Jennifer Korn tells CNN that outreach has already been effective, pointing out that New Jersey Governor Chris Christie won 50% of the Hispanic vote in 2013.

Focus groups of formerly loyal Republicans were quoted in the Preibus report describing the party as “‘scary,” “narrow minded,” “‘out of touch”, and a bastion of “stuffy old men”. Even within the party, the battle over the heart and soul of the GOP waged by centrist and far right Republicans–as seen in John McCain’s public lambasting of Texas Senator Ted Cruz–continues. Indeed, former Florida governor Charlie Crist, a Republican-turned-Democrat, quoted Jeb Bush last week on CNN’s State of the Union, describing the GOP as increasingly “anti-women, anti-minority, anti-immigrant, anti-gay, anti-education, anti-environment...I mean pretty soon,” Crist continued, “there’s nobody left.” Even a year after the urgent recommendations put forward by the  Priebus autopsy, the GOP still appears to be a lifeless patient, and hoping for resurrection.