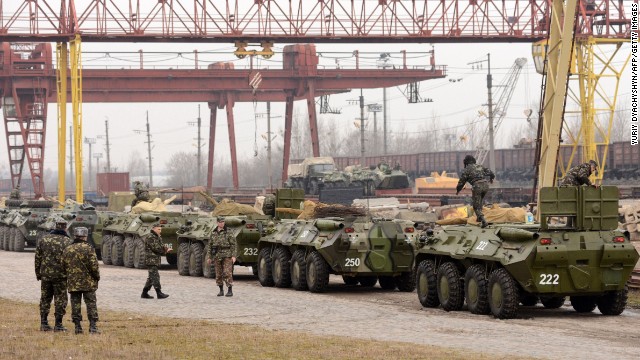 United States foreign policy measures are being put to question during the crisis in Ukraine. Since Russia’s intervention into Crimea, President Obama has made various efforts for an appropriate course of action. Much of the international community condemns Russian intervention and feels that Ukraine is in need of immediate aid and support.

The White House put forward a financial aid package for Ukraine on March 6, which included $1 billion in U.S loan guarantees, $50 million to enhance democracy building and $100 million for improved security cooperation. While the House overwhelmingly approved the aid package, the Senate did not follow suit, leaving the measure stalled in Congress and sparking outrage on both sides of the aisle. Bi-partisan supporters of the aid package feel that the passing would positively signify U.S efforts to preserve sovereignty in a nation that is in dire need of outside assistance. However, those opposed to the bill say it could send the wrong message, and unintentionally benefit Russia.

Other disputes are due in part to International Monetary Fund (IMF) measures that Democrats are trying to attach to the aid package. Some say that the Senate should just go ahead and pass the aid package, instead of contemplating over the IMF portion of the bill. Senator John McCain, in support of the bill, said he was “embarrassed” by his fellow Republicans in the Senate, led by GOP Senator John Barrasso, who are disputing IMF measures instead of sending the necessary aid immediately to Ukraine. Throughout the situation in Ukraine, McCain has slammed President Obama’s foreign policy tactics, and is now criticizing his fellow Republicans.

In a Senate floor speech on Thursday, McCain berated his GOP colleagues for stalling the aid package, telling them “don’t call yourself Reagan Republicans.” In his explosive speech, McCain chided members of the Senate for delaying the bill nearly two weeks while they are in recess, leaving Ukraine hanging as Russian troops mass on its border.