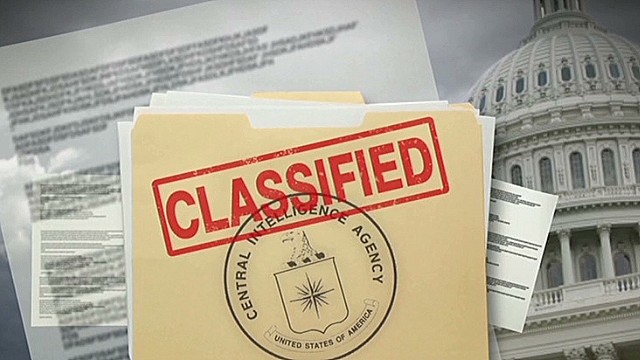 Get your daily scoop of what State of the Union is watching today, March 12, 2014.

1. CIA in the hot seat.  The chairman of the House Intelligence Committee, Rep. Mike Rogers, R-Michigan, says he wants to get to the bottom of concerns that the spy agency tried to interfere with a congressional probe of its activities. "We're going to have to unwind this, find out what the truth is," Rogers told CNN. "If someone broke the law, they're going to have to pay the penalty." His comments followed accusations by the Senate Intelligence Committee's Democratic chairman Dianne Feinstein that the CIA removed some documents from her staff's computers in the middle of an oversight investigation. Feinstein says the CIA may have broken the law and violated Congress' constitutional authority. CIA Director John Brennan has denied Feinstein's claims, saying "nothing could be further from the truth."

2. A Win for Republicans, a bad omen for Dems? Both sides are spinning heavily the day after the GOP won its first competitive House race of 2014. Republican David Jolly narrowly defeated Democrat Alex Sink in Florida's 13th congressional district to replace Republican Rep. Bill Young, who died last October. Although Young held the seat for years, the Florida-13 is a considered a swing district that President Obama won twice. "I think it was a referendum on (Obama's) policies and on Obamacare... I think it sets the tone for what's coming in the fall," said Rep. Greg Walden, chairman of the National Republican Congressional Committee. His counterpart at the Democratic Congressional Campaign Committee, Rep. Steve Israel, has a different take. "Special elections are not indicators of the future. They never have been. They never will be." The Democrats need to pick up 17 seats to regain the House majority. Almost nobody, including many Democrats, see that happening.

3. Obama's poll numbers. They can't be helping Democrats in what is already a tough political climate. A new CNN poll that averages four new national surveys finds the President's job approval rating among Americans at 44%, while 52% disapprove of his performance. An NBC/News Wall Street Journal poll has Obama's job approval rating at 41%, while Bloomberg places him at 48%, Gallup Daily Tracking Poll puts him at 45% and a CNN/ORC survey has him at 43%. In a midterm election years, the president's poll numbers are watched closely for an indication of how well members of his party will fare. "Low approval numbers usually spell bad news for the President's party," said CNN Polling Director Keating Holland said.

4.  A meeting of the minds on Ukraine. Ukraine's interim prime minister met with President Obama Wednesday at the White House, vowing his country would not relinquish Crimea to Russia. "We fight for our independence and we fight for our sovereignty and we will never surrender," said Prime Minister Arseniy Yatsenyuk. President Obama reiterated that the U.S. is standing by Ukraine. "We consider the Russian incursion into Crimea to be a violation of international law and violation of international agreements... and a violation of the territorial integrity of Ukraine," the president said. A referendum on whether Crimea should break away from Ukraine and rejoin Russia is set for Sunday.