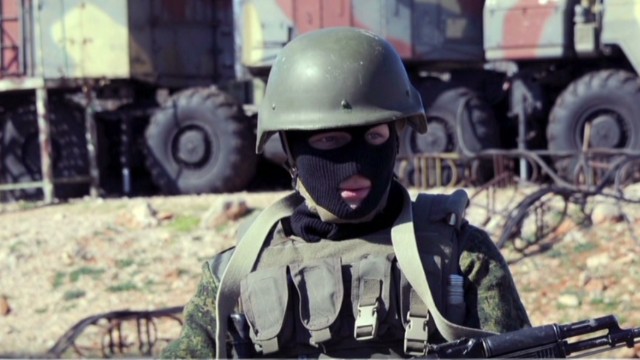 Will she stay or will she go? The Russian parliament says it supports Crimea in their quest to separate from Ukraine, despite the threat of sanctions and travel bans, and Russia’s Foreign Ministry warns that Russia will retaliate if sanctions are imposed. Russian President Vladimir Putin and US President Obama both say they want to preserve the Russian-American relationship, but with Russian troops pouring into Ukraine, and US fighter jets entering the region, how will the standoff end?  We’ll get the latest from the White House’s Deputy National Security Adviser, Tony Blinken.

Plus, with neighbors like these…as Russia moves in to Ukraine, its neighbors to the west worry about the possibility of the same thing happening to them, and beef up their defense systems. The Ambassadors from two former eastern bloc countries – Lithuania and Estonia – join us for a look at security in the region, and if their countries could be next.

Then, Republican-turned-Democrat Charlie Crist says the Republican party has been hijacked by the extreme right. Our Sunday exclusive with the man who went from party insider to persona non grata, on why he supports raising the minimum wage, what he thinks of ObamaCare and why the party’s over for the GOP.

And, our political panel – Donna Brazile, AB Stoddard and Ben Ferguson – on the annual gathering of the Conservative Political Action Committee, who is making it clear that the party has only just begun.

State of the Union airs at 9am and 12noon Eastern on CNN.