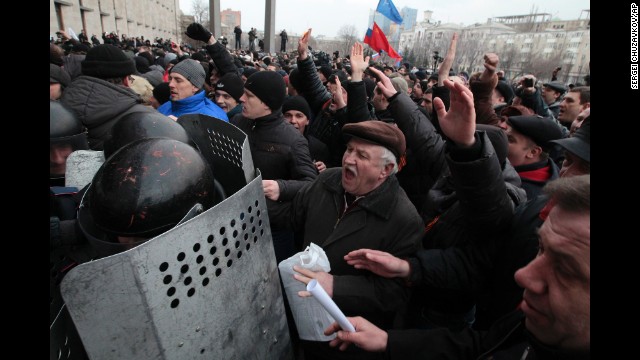 Your daily scoop of what State of the Union is watching today, March 5, 2014.

1. The Ukraine crisis. Diplomacy was at the forefront in an effort to end the standoff between Russia and Ukraine and Western allied countries. Secretary of State John Kerry held face-to-face talks in Paris with foreign ministers of Ukraine and several European nations, as well as Russian counterpart, Sergey Lavrov, Kerry said while Russia's violation of Ukraine's sovereignty won't go unanswered, "It is important to try and resolve this issue through dialogue... I don't believe any of us are served by greater confrontation." Still, the situation remains tense. The U.S. and its European allies haven't ruled out imposing tough sanctions against Russia, and Russia is threatening to confiscate Western assets if that occurs.