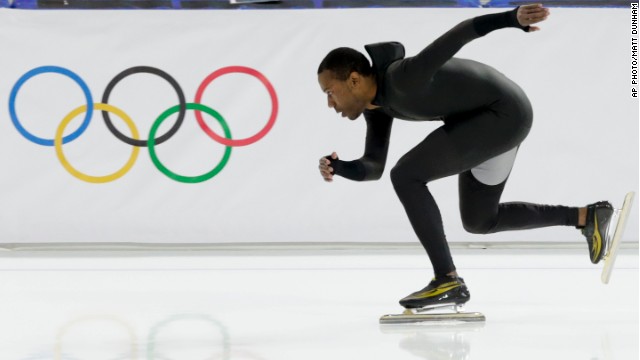 Evident from historic terror attacks, protests, and more, the Olympic Games have been used as a tool for political discourse for many years. An international event intended as an athletic competition, often turns into a political competition by the participating nations. Boycotting the games has been a common pattern of opposition toward the host country in the past. Women’s rights and racial matters are among some of the many issues that have engaged the political agenda in a number of past Olympic events.

However, this year during the 2014 Olympics in Sochi, Russia, we watch as the games are becoming politicized in its latest form: social media. The power of modern technology is at the forefront of these 2014 games, as corporate companies and individual attendees are utilizing online resources to express political contemplations. Now, with a technological culture more connected than ever, advertisers and Olympic sponsors are feeling the pressure.

From Twitter’s trending hashtag, #sochiproblems, to Google's recent homepage doodle, social media is the center of attention during these Olympic Games. However, this online attention puts pressure on Olympic sponsoring companies, who now find themselves questioning their digital marketing strategies. Even attempts to remain neutral by not participating in marketing or advertising, may send the wrong message to consumers. The current conflict surrounding the LGBTQ community is regarding Russia’s “gay propaganda” laws. Already, we’ve seen some large businesses go to the web to express either their support or opposition for the controversial Russian policy.

Similar to the hype of Super Bowl advertising, Olympic sponsors dedicate large sums of money to marketing strategies. Olympic athletes are not the only ones feeling the pressure to win this year. Already, popular companies like Coca-Cola and McDonalds have utilized the Olympic spectrum for an advertising campaign. However, much unexpected backlash is reaching Olympic sponsors by those who oppose Russia’s anti-gay laws. Now, businesses and corporations are in the midst of an internal debate whether or not to continue advertising during the games. Simply sponsoring an Olympic team can create skewed messages about a company’s stance on Russia’s policies. More than ever, companies need to face the implications of their actions due, largely in part, to social media. Today, sponsorships and advertisements exceed the conventional commercials or billboards on which they are placed. The social media world amplifies straightforward advertisements into questions of controversy and political debate.

Even in the first moments of the games, the social media buzz took attention away from medal winners, but instead to the conditions of Sochi, Russia. In the early days, the Sochi Problems hashtag was beginning to define the 2014 Olympic Games. Tourists, participants, and athletes alike, shared their experiences with the poor conditions of hospitality in the host city. From images of bathrooms to broken hotel walls, the number of #SochiProblems followers flooded the Twitter universe.

This 2014 Olympic event is a distinctive time for the way in which political discourse is shared internationally. For the first time, athletes and participants are utilizing social media outlets as the greatest way to market and share ideas. Twitter has become a hotspot for competitors to express their joy, or even outrage, during the Olympic Games. Vermont free style skier, Hannah Kearney, hoped to win a gold medal for team USA in this year’s competition. She received the gold in the Vancouver games, but when she received the bronze medal in Sochi, Kearney took to twitter to reveal her feelings. “Bronze feels a lot like a broken heart.” Kearney fans took to social media with mixed responses, from those that felt she was a “sore loser” to proud fans and followers. Kearney is among many of the athletes who have been live tweeting and discussing thoughts and feelings via social media during the Sochi games. As the games go on, it will be interesting to see how far social media politicizes these 2014 games. During this fast-paced technological age, it is a wonder how society will advance and express ideas during the 2018 Olympic games in just four years from now.