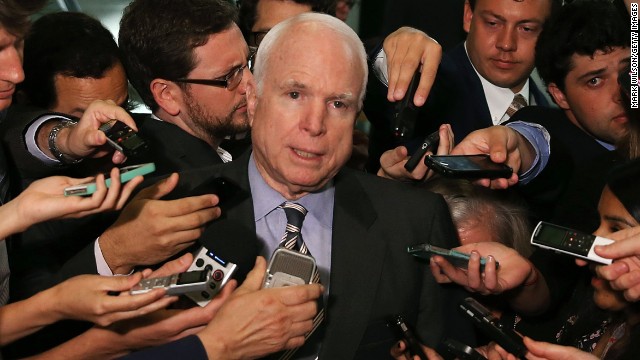 Syria was supposed to give up 100% of its chemical weapons stockpile by February 5.  But as of this week, Bashar al-Assad’s government has shipped out only 11%, and President Obama admits diplomacy is failing.  Senator John McCain joins us to talk Syria, Iran, and wee bit of politics.

Class warfare heats up another notch as a high profile CEO suggests only taxpayers should have the right to vote.  Minimum wage and populist politics with businessman Steve Forbes and Austan Goolsbee, former Chairman of the Council of Economic Advisers.

Speaker Boehner’s next move, Senate Republicans versus Ted Cruz, and what we learned about Hillary Clinton from her best friend’s diary.  Don’t miss our panel with CNN Political Commentator Kevin Madden, The Root’s Corey Dade, and democratic pollster Margie Omero. 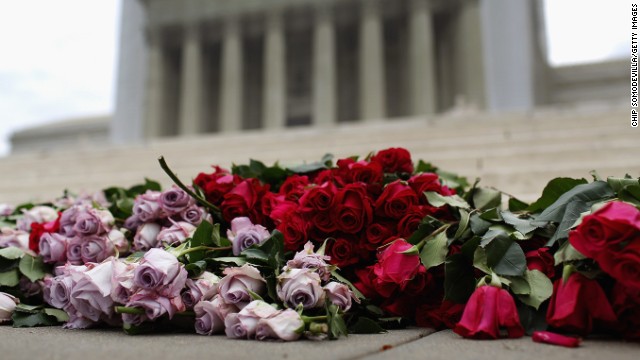 Obama shows House Dems some love.  Biden shows GOP no love.  No love lost between the U.S. and Afghanistan.  Will Virginia finally let you marry who you love? Where’s the love between the 1% and the 99%?

Get your daily scoop of what State of the Union is watching today, February 14, 2014.

1. Obama rallies Dems. President Obama told House Democrats he's "very proud" of them and thanked them for sticking with him through some tough legislative fights, like health care reform. "I just want to say think you all for hanging in there on an issue that I think 10 years from now, five years from now, we're going to look and say this was a monumental achievement that could not have happened had it not been for this caucus," said the President.  He made his comments at a party retreat, where House Democrats are mapping there midterm election strategy. They face an uphill, if not next to impossible task of winning the 17 seats needed to regain their majority in Congress.