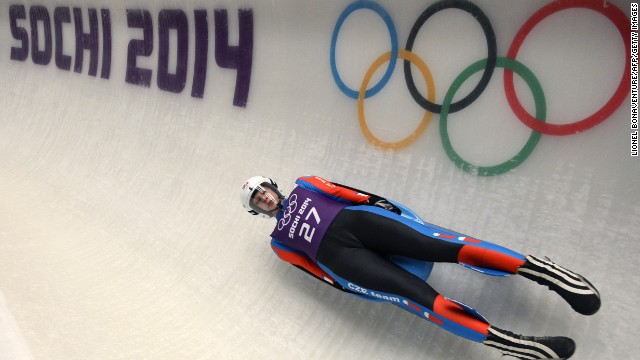 Get your daily scoop of what State of the Union is watching today, February 7, 2014.

1. The games begin... along with a possible terror plot. The attempted hijacking of a Ukraine commercial jet may be linked to the Winter Olympics.  The hijacker demanded that the plane, with 110 passengers on board, fly to Sochi. The airliner was eventually able to land safely in Turkey. The incident occurred as the Olympics’ opening ceremonies were underway.

2. January's jobs report. The good news is January's jobs numbers were stronger than December's. The bad news is they were still much weaker than economists had expected. The U.S. economy added 113,000 jobs last month, rather than the 178,000 experts predicted. The unemployment rate dipped to 6.6% in January, the lowest in more than five years. The broad economic outlook for 2014 is steady, if still slow, growth. "The U.S. economy is very stable," said Julia Coronado, chief economist, North America for BNP Paribas. "2014 might not be a breakout year, but it's not a disaster either."

3. Americans: The economy still stinks. According to a new CNN/ORC poll, 64% of Americans surveyed say economic conditions today are poor, while on 36% say they are good.  Five years into Barack Obama's presidency, more people continue to blame George W. Bush and Republicans for the current economy, but the number has dropped below 50% for the first time. 44% say Bush and the Republicans are responsible, while 34% blame Obama and the Democrats and 14% think both parties are equally responsible.

4. Biden: I'll decide next year. Vice President Joe Biden may far behind Hillary Clinton in preference polls for the 2016 Democratic presidential nomination, but he's not ruling himself out. "There may be reasons I don't run, but there's no obvious reason for me why I think I should not run," Biden told CNN's "New Day."  The Vice President says will  "realistically" make a decision on a 2016 run by the summer of next year.

5. Bill Clinton a liability for Dems? Sen. Rand Paul isn't backing down from his claim that the former president is still a thorn in his party's side.  Paul says the Monica Lewinsky scandal undercuts the Democrats' argument that the GOP is waging a war against women. "If they want to take a position on women's rights, by all means do so," Paul says in a C-SPAN interview.  "But you can't do it and take it from a guy who was using his position of authority to take advantage of young women in the workplace." The Kentucky senator, who is considered a potential candidate in the 2016 Republican presidential race, has also been critical of the leading 2016 Democrat Hillary Clinton.