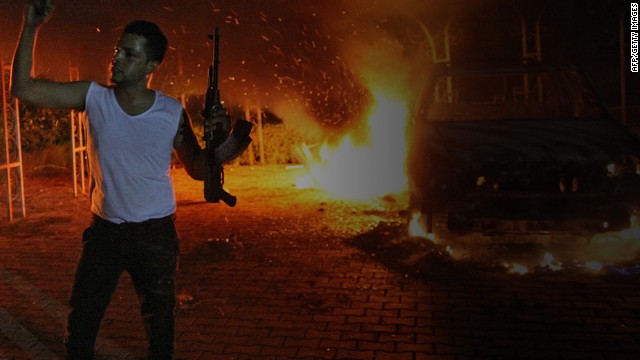 Get your daily scoop of what State of the Union is watching today, January 16, 2014.

1. Americans distrust White House on Benghazi. A majority of Americans now think the Obama administration didn't come clean on the events surrounding the deadly Benghazi attack. According to a Quinnipiac poll, 52% now believe the administration deliberately misled the public about the incident, while 37% say facts were shared as they became available. Not surprisingly, there is a big partisan divide in the survey, with 80% of Republicans and 57% of independents but only 17% of Democrats saying the administration deliberately misled the public.

2. Benghazi questions dog Hillary Clinton. In a speech on the Senate floor, Republican Sen. Lindsey Graham questioned the former Secretary of State's actions in the aftermath of the attack. "She couldn't be on TV to talk about what happened at the State Department because she was distraught? I don't buy that," Graham said. Does anybody believe that about Secretary Clinton? And if it is true it is something the American people need to consider.  I don't believe it is true." But in a written statement, the Democratic chairman of the Senate Intelligence Committee, Dianne Feinstein, called claims by some Republicans and media reports that the panel's Benghazi report placed some of the blame for the attack on Clinton "patently false."

3. But the public still likes her. Benghazi questions aside, Hillary Clinton still enjoys positive approval ratings. A new NBC News/Marist poll finds 51% of registered voters questioned have favorable impression of the former Secretary of State, compared to 39% who have an unfavorable impression.  Meanwhile the new issue of Time Magazine's cover story asks "Can Anyone Stop Hillary?" Our panel takes on that question this Sunday on State of the Union.

4. Chris Christie's comeback campaign. After a week of offering apologies and facing questions about his role in the George Washington bridge scandal, the New Jersey governor began his effort to rebound from the controversy. He returned to the Jersey Shore to highlight Superstorm Sandy recovery efforts and said he remains focused on his job. "Whatever test they put in front of me I will meet those tests because I am doing it on your behalf." Meanwhile the special committee investigating the scandal began issuing as many as 20 subpoenas in the probe.