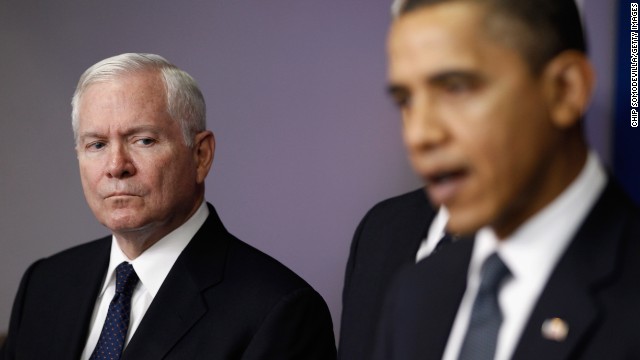 Get your daily scoop of what State of the Union is watching today, January 8, 2014.

1. Gates memoir fallout. The White House is pushing back against a new book by former defense secretary Robert Gates that includes scathing criticism of President Obama, top White House aides, Congress and especially Vice President Joe Biden.  In "Duty: Memoirs of a Secretary at War," Gates called Biden "a man of integrity," but said "he has been wrong on nearly every major foreign policy and national security issue over the past four decades." In an initial statement in response to the book, the White House said the President "deeply appreciates Gates' service." At Wednesday's White House press briefing, press secretary Jay Carney disputed Gates' claim about Biden. "The President and the rest of us here simply disagree with that assessment," Carney said. "As a senator and as a vice president Joe Biden has been one of the leading statesmen of his time and he has been an excellent counselor and adviser to the president for the past five years."

2. A weapon for the GOP's 2016 anti-Clinton arsenal. The Gates book is also giving Republicans new material to slam Hillary Clinton. While the former defense secretary described Clinton as "smart," and "a superb representative of the United States all over the world," he also said the former secretary of state told Obama she opposed the 2007 troop surge in Iraq for political reasons, since she was running against the President in the Iowa caucuses at the time. "Hillary Clinton has a history of making decisions based on politics instead of principle," RNC spokeswoman Kirsten Kukowski said in response to Gates' claim. "It will be interesting to see how she addresses this with voters who have a long memory of the Clinton ways." By every indicator, Hillary Clinton is  the frontrunner for the 2016 Democratic presidential nomination is she decides to make another White House run.

3. Rubio's anti-poverty plan. As the issue of income inequality creeps into the current national political debate, the so-called War on Poverty is getting a fresh look 50 years after it was first declared by President Lyndon Johnson. This time around, Republicans want to steer the discussion. Florida Republican Sen. Mark Rubio, who is considered a  potential 2016 presidential contender, delivered a major address on the issue. "What I am proposing today is the most fundamental change in how the federal government fights poverty and encourages upward mobility," said Rubio. "I am proposing that we turn over Washington's anti-poverty programs - and the trillions that are spent on them - to the states."

4. Big business to pull "out all of the stops" on immigration. The president of the U.S. Chamber of Commerce is vowing that 2014 will be the year his group pulls "out all of the stops" to pass immigration reform. "We're determined to make 2014 the year that immigration reform is finally enacted," Chamber of of Commerce President Thomas Donohue said in 2014 State of American Business address. He promised the organization will turn the 2014 midterm elections "into a motivation for change." Although the Senate passed immigration reform last June and President Obama says it is a top priority for his second term, legislation has been stuck in the Republican-led House.

5. Independents' Day. The number of Americans who identify as political independents is at an all-time high. A new Gallup poll finds 42% of Americans considered themselves as independents last year. The survey also found that only 25% self-identified as Republicans, the lowest level in Gallup polling in 25 years.