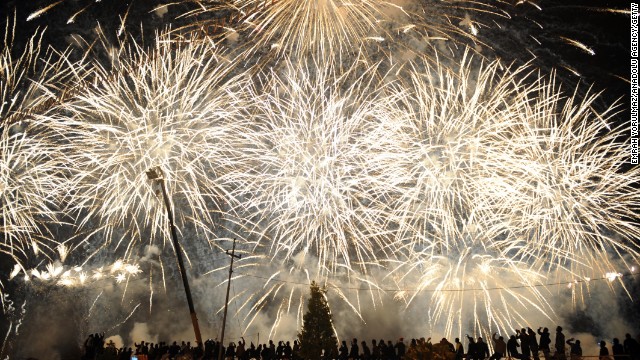 Get your daily scoop of what State of the Union is watching today, January 2, 2014. Happy New Year!

1. Newspapers: Give Snowden a break. Two of the world's leading newspapers are urging clemency for NSA leaker Edward Snowden.  The New York Times says Snowden should be allowed to return home.  "He may have committed a crime... but he has done his country a great service," the Times said in an editorial.  "It is time for the United States to offer Mr. Snowden plea bargain or some form of clemency."  The Guardian is also calling for leniency for Snowden.  "We hope that calm heads within the present administration are working on a strategy to allow Mr. Snowden to return to the U.S. with dignity, and the president to use his executive powers to treat him humanely and in a manner that would be a shining example about the value of whistleblowers and of free speech itself," the London newspaper said.

2. Middle East reset. Secretary of State John Kerry is back in the region on a mission to revive stalled Israeli-Palestinian peace talks.  During his visit Kerry will propose a framework for a peace deal.  "We are not coming in with an American plan that would be imposed on the parties, but rather we want to have a detailed consultation with them about these ideas that have been generated as a result of the negotiations between the parties themselves," said one U.S. official who spoke on the condition of anonymity. Since relying on the Israelis and Palestinians to negotiate among themselves has not produced success, the U.S. appears to be re-asserting its role as the lead mediator between the two sides.

3. Another Obamacare hurdle.  Religious groups have received an 11th-hour reprieve from a key provision of the health care law. The Supreme Court is temporarily allowing some Catholic organizations not to cover birth control in their employee health plans.  The groups say the requirement violates religious freedom. The court will hear arguments on the issue later this year.  The court's intervention came as new insurance policies for millions of Americans under the Affordable Care Act were about to kick in.