The shutdown backfired on Republicans and Obamacare damaged Democrats momentum. Has either party learned their lesson?

Progress for Progressives in 2014?

The panelists debate where the country is headed on immigration reform, minimum wage and gun control.

And Justice For All?

Donna Brazile says the Supreme Court got it right on gay marriage, but wrong on the voting rights act.

John Boehner lashed out at conservative groups; S.E. Cupp says the question now is: stand on principle or win elections?

Who benefits from the rise and fall of Weiner, Spitzer and other embattled politicians?

Pope Francis' popularity soars with his message of openness and economic equality.

No longer an "invincible," President Obama may want a do-over in 2014

State of the Union with Candy Crowley crams in the 10 top political talking points from 2013 with a Girl Power panel of SE Cupp, Donna Brazile, Ana Navarro, and Neera Tanden.

From the Holy Father hashtagging his way to the cover of “Time” to a Wiener’s highs and lows and other men behaving badly, Candy and the panel also reflect on Barack Obama’s own annus horribilis. They’ll also delve into John Boehner’s public breakup with the Tea Party and whether Harry Reid’s nuclear explosion produce fall out if the Republicans take back the Senate.

Sunday 9a and Noon ET 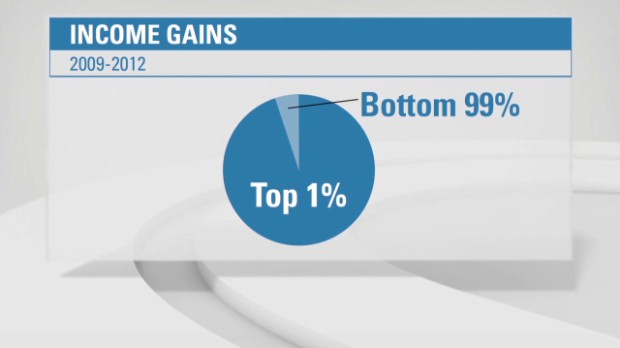 Get your daily scoop of what State of the Union is watching today, December 27, 2013.

1. Despite Record Highs In The Stock Market, Majority Of Americans Are Low On The Economy.

Friday morning, the Dow Jones and S&P 500 opened at record highs as stocks continue their recent rally. However, a new CNN/ORC poll released Friday indicates Americans had an overwhelmingly negative view of the economy. Nearly 70 percent of Americans say economic conditions in the United States are poor, while a little more than 30 percent of Americans rate the economy as good.
END_OF_DOCUMENT_TOKEN_TO_BE_REPLACED

It may not seem like it, but 2013 was full of political intrigue. CNN's Candy Crowley looks back at the top moments.