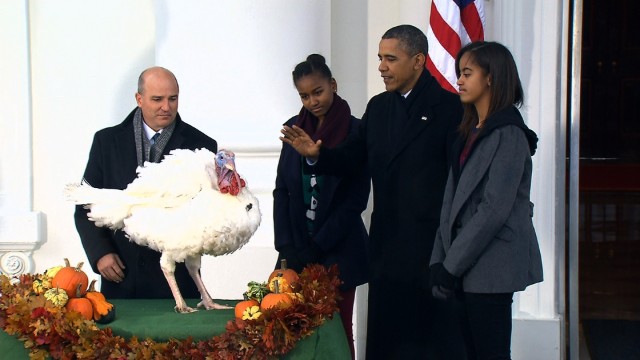 Get your daily scoop of what State of the Union is watching today, November 27, 2013.

1. Open minds on Obamacare.  Despite the Affordable Care Act's disastrous rollout, there appears to be a silver lining. While the new CNN/ORC poll finds that 58 percent oppose Obamacare compared to 40 percent who support it, 54 percent also believe that problems facing the law will eventually be solved, including seven out of 10 younger Americans. In addition, 53 percent say it's too early to judge if the law a success or failure. Also, behind the health care law's opposition numbers, 14 percent say it's not liberal enough and doesn't go as far as it should.

2. And yet, another delay. With a November 30th deadline to have the Healthcare.gov website fixed, the White House announced it is postponing another key aspect of Obamacare.  Online enrollment for small businesses to get insurance for their employees through the federal marketplace is being delayed for one year. Administration officials say they had to focus on repairing the website's basic functions and could not address problems relating to the small business exchange. John Arensmeyer, chief executive for the advocacy group Small Business Majority, told the New York Times the delay was "disappointing," and said it was "important to get the small business marketplace up and running as soon as possible."

3. On the road to 2016.  Texas Republican Gov. Rick Perry will make a campaign-style swing through South Carolina next week. He'll give the keynote address at a state Republican Party banquet Tuesday, as well as make several other stops in the state. South Carolina holds the nation's first southern primary for both Republicans and Democrats and Perry is no doubt hoping to firm up early support among the state's influential evangelical voting bloc. Perry, who has expressed an interest in making a second bid for the White House, visited Iowa earlier this month.

4. Dead heat in Buckeye country. Yes it's way early and it's a hypothetical matchup, but we couldn't resist. A new poll finds Hillary Clinton and N.J. Gov. Chris Christie tied in a potential 2016 matchup in the crucial swing state of Ohio. The Quinnipiac University survey finds 42 percent of registered voters support Clinton, while 41 percent backing Christie. The Ohio poll is the latest to show Christie gaining ground on the former Secretary of State in a swing state.