Rogers: "We may have encouraged more violence in the future"

Implications of the Iran nuclear deal

John Negroponte and Gen. Michael Hayden (Ret.) weigh in on the foreign policy Implications of the Iran nuclear deal.

AB Stoddard emphasizes that "sanctions brought us to this point," and says that if Democrats join the GOP in opposition to the Iran deal then Republicans should have a leg to stand on politically. Castellanos calls President Obama's legacy a "weaker America."

Royce: Iran 'trying to get a bomb'

Kerry: ‘No illusions’ on Iran deal

Secretary of State John Kerry talks with Candy after world leaders reach a nuclear deal with Iran. "We do that with eyes absolutely wide open," Kerry said. "We have no illusions. You don’t do this on the basis of somebody’s statements to you, you do it on the basis of actions that can be verified. And, moreover, we have kept the basic architecture of the sanctions is staying in place." 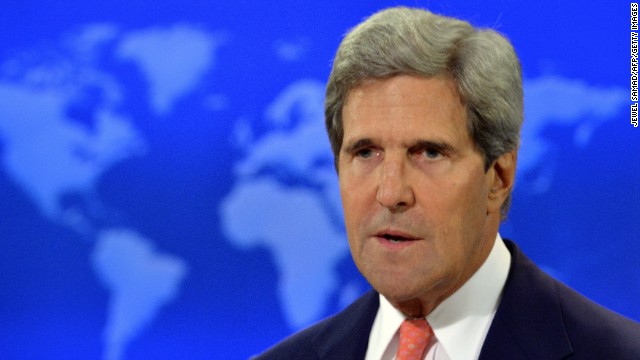 Geneva, Switzerland (CNN) - A historic deal was struck early Sunday between Iran and six world powers over Tehran's nuclear program that slows the country's nuclear development program in exchange for lifting some sanctions while a more formal agreement is worked out. We'll talk to Secretary of State John Kerry about the deal Sunday at 9am/ 12pm ET on State of the Union with Candy Crowley.