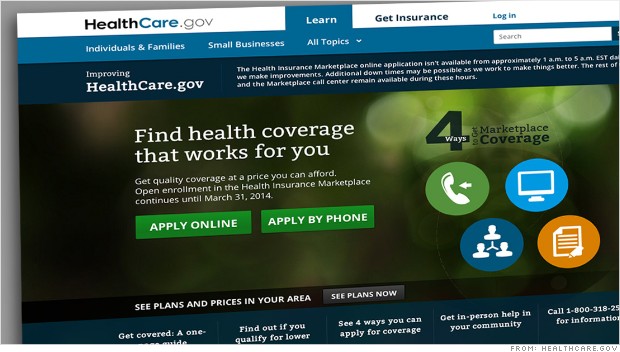 Get your daily scoop of what State of the Union is watching today, November 13, 2013.

1.  And the Obamacare numbers are.... 106,185. That's how many people the Obama administration says have registered for the federal healthcare exchanges since October 1. 26,794 people in 35 states signed up for the exchanges through the troubled Healthcare.gov website between Oct. 1 and Nov. 1.  Meanwhile the administration's top technology experts are the latest to be grilled by Congress about the federal health care website's disastrous rollout. U.S. Chief Technology Officer Todd Park told a House Oversight and Government Reform Committee hearing Wednesday that Healthcare.gov is improving. "If you look at the trend line week over week, things are getting better," said Park.  But he stopped short of saying that website would be fully functional by Nov. 30th as the administration as promised.

2.  Dems panicking over Obamacare? White House officials got an earful from frustrated Democrats about the health care website's continued troubles and the President's broken promise that Americans could keep the insurance plans they like. At a heated meeting Wednesday on Capitol Hill, House Democrats gave the administration a Friday deadline to come up with a fix. That's when they'll like have to vote on a House Republican plan that allows people to keep the policy they like. On the Senate side of the Capitol, a bill by Sen. Mary Landrieu (D-LA) that would require insurance companies to continue offering their existing health care plans is picking up more support. The latest to sign on is blue state Democrat Dianne Feinstein of California. "Obviously the panic has set in on the other side," Senate Republican leader Mitch McConnell said. "It is pretty clear now there is a stampede developing among House and Senate democrats away from Obamacare."

3. With friends like these. Is Bill Clinton turning on President Obama?  The so-called "explainer-in-chief," whom many credit with selling the merits of the health care law better than President Obama himself, said Obama needs to make good on his repeated claim that people could keep health care policies they liked. "I personally believe, even if it takes a change in the law, the President should honor the commitment the federal government made to those people and let them keep what they've got," the former president said in an interview with the website OZY.com. Could it be Clinton is trying to put some daylight between Obamacare's problems and a potential Hillary 2016 White House run?

4. Clinton, Christie neck-in-neck. Speaking of Hillary Clinton, a new poll finds her in a virtual tie with re-elected New Jersey Republican Gov. Chris Christie if the 2016 race were held today. According to the Quinnipiac University survey 43 percent of voters support Christie, while 42 percent back the former secretary of state.  A Quinnipiac poll last month had Clinton ahead of Christie by 13 points, 49 to 36 percent. An NBC poll released this week found Clinton leading Christie by 10 points, 44 to 34 percent.