Get your daily scoop of what State of the Union is watching today, November 1, 2013.

1. Biden for Clinton swap. Top political aides to President Barack Obama quietly explored the possibility of replacing Joe Biden from the 2012 ticket for Hillary Clinton, according to a new book.   According to "Double Down," a book by journalists John Heilemann and Mark Halperin about the 2012 presidential campaign, team Obama eventually decided that adding Clinton would not significantly boost the President's chances for re-election.  Consideration of the switch was kept secret from Biden, the book said.

END_OF_DOCUMENT_TOKEN_TO_BE_REPLACED 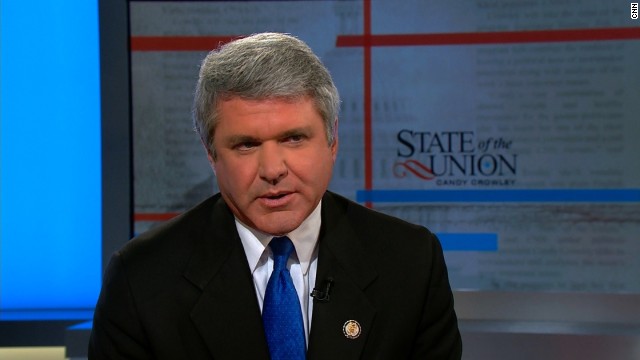 Violence rocks one of the nation’s largest airports as a gunman opens fire, killing at least one person, injuring several others, and sending terrified passengers running for cover.  Congressman Michael McCaul – Chairman of House Homeland Committee – is our exclusive guest to discuss the latest on the investigation.

Senator Kelly Ayotte joins us exclusively.  Will she unite with her colleagues and threaten to block Obama administration nominees until survivors of the Benghazi attack testify before Congress?

Plus, we’ll examine the reason behind President Obama’s low poll numbers.  Is it his policies, his disengagement, or a result of divided government?   Blanche Lincoln lost her Senate seat in 2010 because of her support for the President.  Will others find the same fate?  Lincoln joins our panel with CNN Crossfire Host Newt Gingrich, former Kathleen Sebelius adviser Neera Tanden, and Obama biographer David Maraniss.

Sunday 9am and Noon Eastern.