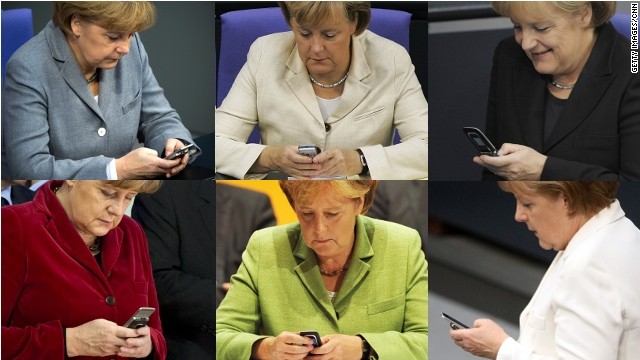 2. Going Nuclear? Iranian President Hassan Rouhani insists that his country is not interested in going nuclear, but according to a recent assessment by the Institute for Science and International Security (ISIS) in Washington, Iran may need as little as a month to produce sufficient amounts weapons-grade uranium for a nuclear bomb. Since it takes a long time to make the uranium usable, Iran will not have a nuclear weapon in a month but they might be closer to acquiring a nuclear weapon than the U.S. had anticipated. House Majority Leader Eric Cantor (R-Virginia) pushed for stronger sanctions against Iran and did not rule out the option of military force "to prevent Iran from acquiring the world's most dangerous weapons. We all want negotiations to succeed, but time is clearly running out," Cantor said. While ISIS has overestimated Iran’s capability in the past, this report may have introduced a renewed sense of urgency in addressing Iran’s nuclear capabilities.  Moving forward, we have yet to see if this would deter the U.S. from humoring Iran’s “charm offensive.”

3. What's that, Angela? When then-presidential candidate Barack Obama stood at the Brandenburg gate in 2008, promising stronger diplomatic ties by becoming "allies who will listen to each other," German Chancellor Angela Merkel couldn't have known to take now-President Obama literally. But five years later, revelations from National Security leaker Edward Snowden that the United States is listening in on the personal phone calls of 35 world leaders – including Chancellor Merkel's – have badly damaged the foreign relations the president promised to repair. "Spying among friends is never acceptable,” Merkel said, arriving at the European Union Summit in Brussels Thursday. While the United States defended its actions as something everybody's doing, that didn't quell growing anger within the European Union, which called on the United States Friday to acknowledge its espionage and agree to some limits. The question is, will the United States comply? And how might it hurt foreign intelligence cooperation in the so-called 'War on Terror’?

4. HIPAA, wha? It's been a painful month for President Barack Obama's signature healthcare legislation, and there’s not yet much hope for light at the end of the tunnel. The more than $300 million dollar website rollout, called a "fiasco" by Senator John McCain (R-Arizona) on last week's State of the Union, saw a full blown GOP backlash in a congressional hearing Wednesday, when they called the contractors responsible for the website's construction before the House Energy and Commerce Committee. Among them was Rep. Joe Barton (R-Texas) who went after the contractors over privacy concerns in the website, highlighting a hidden part of the website's source code that said users had no reasonable expectation to privacy. An incredulous Barton asked the contractors, "How in the world can this be HIPPA compliant when HIPPA is designed to protect the patient's privacy and this explicitly says that in order to continue, you have to accept this condition that you have...no reasonable expectation to privacy?" Further concerns came from those inside the computer science community who argued the wealth of personal data on the Obamacare website made it a high-value target. Holes in the source code, they said, leave the site vulnerable to hackers. The White House called in their "A-Team" from Silicon Valley earlier in the week and have guaranteed the website will be fully operational by the end of November. But skeptics remain skeptical if that deadline is realistic. Did Obama just open the door for Republicans to dismantle Obamacare piece by piece?

5. AIIRRR BALLLLLL? As CNN's Jake Tapper put it Friday, this week for the president is like that time in April where he continually threw up air-balls on the White House basketball court. The difference? He eventually he hit the basket in April. This week he wasn't so lucky. When government contractors headed to the Hill for congressional testimony on the botched Obamacare website rollout, the President stayed behind at the White House to announce his intent to move forward on immigration reform. The move drew criticism from both Republicans and Democrats, who said he should have focused on the testimony. And then on Friday, in the midst of mounting calls from both Democrats and Republicans to delay the Obamacare mandate until the website was operational, the president headed to Brooklyn, New York's P-Tech High School to talk to the high school students about, well, among other things the need for increased science-and-technology education. We could continue to pile on, but you get the hint. It's been a tough week for the president. Was this a calamity of the president's own making? And can Obama move forward on the ambitious legislative agenda he set out following the end of the government shutdown – including immigration reform – without health care solidly in place?