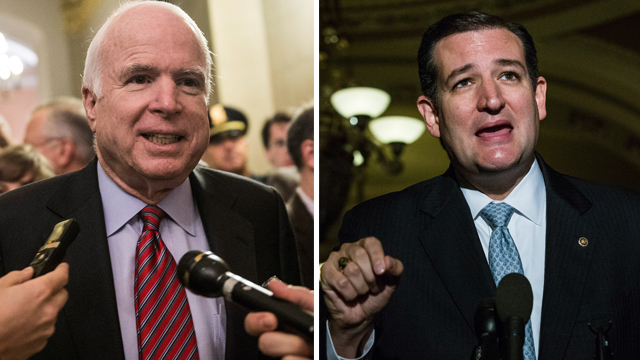 Picking up the pieces after the shutdown. Sen. John McCain (R-AZ) says the American people are fed up, and urges Congress to “stop this childishness.”  The original maverick joins us on the cost of the government shutdown in dollars and “sense.”

Then Sen. Ted Cruz (R-TX): Conservative hero, or the “laughing stock” of the Senate? The architect of the strategy that led to the recent showdown in Washington joins us exclusively to discuss the next battle in the fight to eliminate ObamaCare, and why he’s not ruling out another attempt to shut down the federal government.

Watch Sunday at 9am ET and Noon ET on CNN.