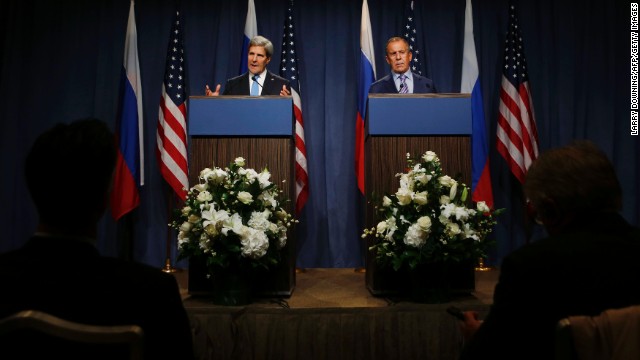 The high-stakes negotiations between Russia and the U.S. and deep divisions over setting a timetable for diplomacy to play out in Syria. Can Assad be trusted to give up his chemical weapons or will he hide them? We’ll ask the Chairman of the House Intelligence Committee Mike Rogers (R-MI), and a panel of lawmakers: Congressmen Elijah Cummings (D-MD), Jason Chaffetz (R-UT) and Adam Schiff (D-CA).

Then, the president puts it all on the line with Syria but what does it mean for upcoming battles with Congress over the budget and Obamacare? We’ll talk to Crossfire hosts SE Cupp and Newt Gingrich, plus the President of the Center for American progress, Neera Tanden, and CNN Political Commentator Cornell Belcher.

Watch Sunday at 9a ET.