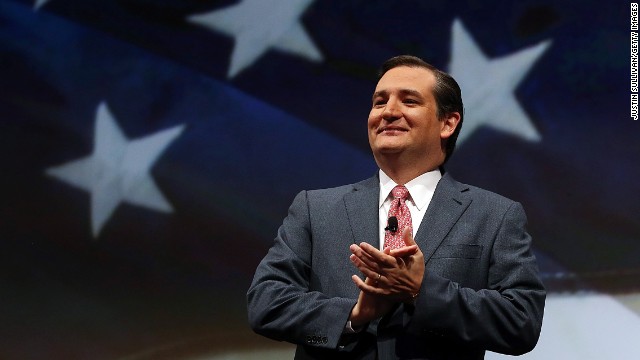 In an exclusive interview, Senator Ted Cruz (R-TX) talks to Candy about the buzz surrounding his potential presidential bid in 2016 and the “grassroots tsunami” he says will bolster support to throw out Obamacare.

Then, the president hops on a bus in an effort to shore up the base. He tells CNN the GOP just doesn’t get it. Former Democratic Presidential Candidate Howard Dean and Former Republican Senator Jim DeMint tell us why it all points to 2014 politics.

Civil Rights icon Rep. John Lewis (D-GA) reflects on race relations 50 years after he gave a keynote address at the March on Washington.

Then, our panel debates the president’s plan, or lack thereof, in Syria and why some republicans keep floating the idea of impeaching him. We’ll talk to CNN Political Commentator Cornell Belcher, New York Times columnist and CNN Political Commentator Ross Douthat, Chairman of Good360 Carly Fiorina, and President & CEO, of The Center for American Progress Neera Tanden.