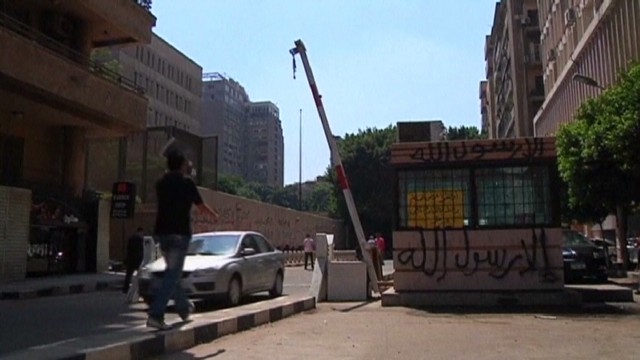 CNN Sources say al Qaeda is in the final planning stages of an unspecified plot, prompting the United States to close almost two dozen embassies in the Middle East and North Africa. Senator Lindsey Graham joins us to discuss these new threats, as well as his impending trip to Egypt at the request of President Obama.

Unemployment dropped slightly this month, but the numbers show an economy still struggling to find good, high paying jobs for many Americans. We’ll ask the man in charge of getting more Democrats elected to the House if he sees a winning strategy running on Jobs, Middle Class, and Growth in 2014. Congressman Steve Israel joins us exclusively.

Plus, in their final act before August break, Congress held its fortieth vote to repeal or gut ObamaCare. Our Political Panel of Anita Dunn, Artur Davis, Donna Brazile, and Alex Castellanos tell us if they think Republicans are overplaying their hand or if Obama’s signature piece of legislation will go down as his signature failure.

And Candy heads down to the Bayou for a chat with the woman who’s poised to become the first full-time female ref in the NFL. Breaking the NFL’s “Grass Ceiling” with Sarah Thomas.  See a preview of our interview here.

Watch us Sunday 9am Eastern and Pacific.

Gender equality in the NFL?