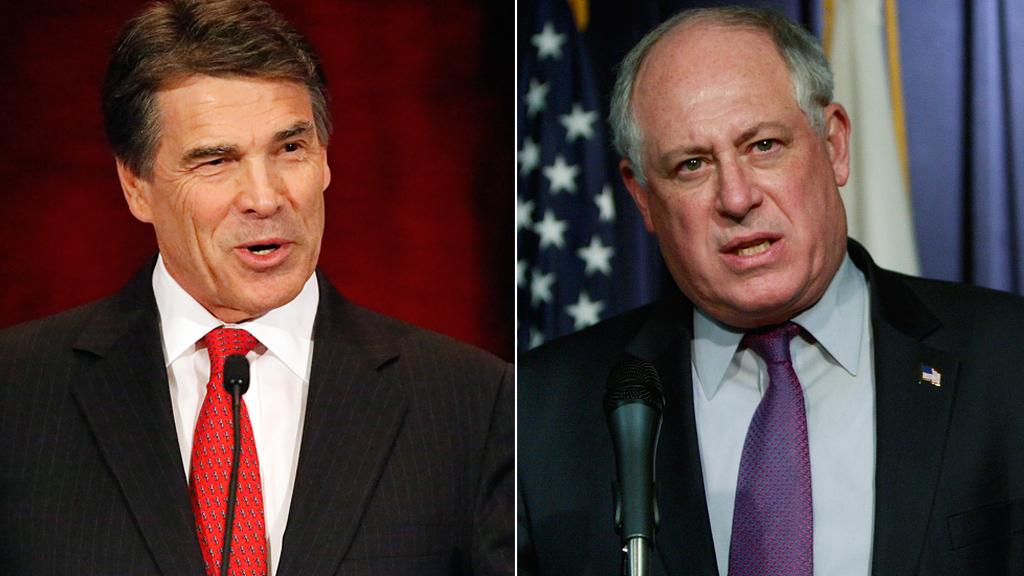 One governor hangs up his hat, and another wrestles with what Washington won’t.

Our Sunday exclusive with Texas’s longest serving Governor, Rick Perry.  Is he riding into the sunset, or is getting ready for the next presidential rodeo?

And in the Land of Lincoln: An exclusive interview with Governor Pat Quinn, who stopped sending paychecks to state legislators until they can reform the state’s worst-in-the-nation pension crisis. He’s also battling the same legislature on guns, abortion, and same-sex marriage.

And finally, we’re waiting with the rest of you for a verdict in the George Zimmerman trial. NAACP President Ben Jealous joins our panel to discuss.