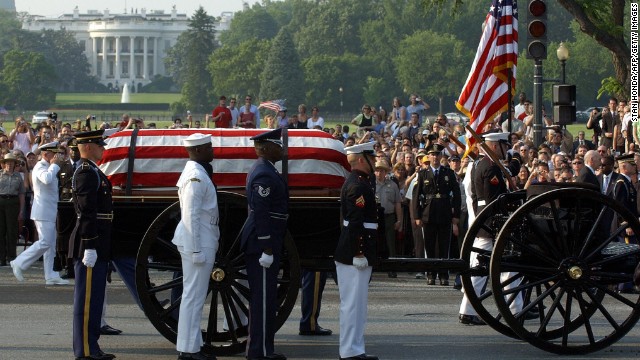 I can’t remember exactly when I heard this, and I’m not completely certain who said it (although I think I know) but it has been one of the more memorable observations passed along to me during my two decades in TV news:  after the public service journalists provide –and after the efforts to hold officials accountable for their actions – the life of a reporter has one amazing personal perk:  having a front row seat to history.

I spent a lot of time thinking about this idea when I worked as a White House producer, especially after a long day of schlepping many pounds of gear and sacks of heavy yellow-boxed videotapes for my previous employer, CBS News, from one foreign workspace to another.  When you take long multi-nation trips with the White House Press Corps, you find there can be a lot of time for thought.  Often that time is spent aboard a charter flight at forty thousand feet for countless hours filled with great conversations, a lot of reading and writing, and an occasional glass of wine… or four.  I would ponder what I had seen so far in my career and what I still might see.  From terror attacks and weather disasters, to FBI standoffs and international summit meetings, the impression these events made through my own first hand observation was deep and permanent.

Hardy Spire as a White House Producer for CBS News in October 2003 on a trip from California to Tokyo.

It’s strange, though, how now after so many stories, one event keeps creeping back into my memory.  On June 5, 2004 the traveling press arrived in Paris at the end of a relatively brief overseas tour with President George W. Bush to Italy and France.  Late that evening you could tell something was going on.  The usual friendly buzz between rival networks in the Paris workspace had turned serious.  Producers and correspondents huddled as word trickled in that former President Ronald Reagan’s health was quickly deteriorating.  Soon a message came in from our New York news desk – 60 Minutes correspondent Mike Wallace had just received a call from long-time friend Nancy Reagan.  “This is it,” she told him.

By the time we returned to the United States the next day, the former President had passed and work was underway to plan the most elaborate State funeral of my lifetime.  Forty-eight hours later I found myself positioned at one of the key locations along the route for the Washington, D.C. funeral procession.  Wikipedia – not known for its vivid storytelling - describes the June 9th moment this way:

Near the Ellipse, and within sight of the White House, the hearse halted and Reagan's body was transferred to a horse-drawn caisson for the procession down Constitution Avenue to Capitol Hill.[21] Nancy Reagan stepped out of her limousine to witness the body's transfer; she was met with a warm greeting, including applause.

To me, it was perhaps the most surreal sight I’ve ever witnessed.  Our press riser was directly opposite the multi-columned South Portico of the White House and the grassy Ellipse.  Beside me stood White House correspondents Bill Plante of CBS and Sam Donaldson of ABC –both veterans of the Reagan White House.  Our cameras broadcast live video to millions of people nationwide, but when the procession stopped in front of us, it felt more like an intimate family funeral.

Former first lady Nancy Reagan is escorted to the casket of former U.S. President Ronald Reagan while it is transferred from a hearse to a horse-drawn caisson.

We watched as Mrs. Reagan and her military escort emerged from one vehicle and took a few quiet steps toward the horses and her husband’s flag-draped casket, then stopped in the middle of the street.  The polite applause from the crowd at first seemed awkward but then suddenly perfect – a simple conclusion reached by the thousands of people around us who were searching for an appropriate way to signal their support.   Mrs. Reagan smiled and hung tightly to the arm next to her.  The only other sounds were the deep breaths of the horses as they waited to pull the caisson – and one mourning dove.  It’s that precise sound I’ll never forget.  I looked to my left and right to see if I could spot the source, but it was well hidden.  I went back later to check the videotape and realized it’s a moment the cameras and microphones didn’t capture.  Just one dove “cooing” as the coffin moved from the hearse to the caisson.  A few minutes later, Mrs. Reagan returned to her car and the procession continued toward the U.S. Capitol building with the gentle sound of horse hoofs fading off to the East.

That moment today reminds me of the responsibility of the reporters whose careers allow them to be in such unique positions.  Though it feels like a privilege to be the one who gets to be where history happens, the key is remembering that your eyes and ears are not your own.  The sight of Mrs. Reagan’s smile, the emotion of the spectators, and the sound of the dove are the details that convey the complete picture and the truth.  Keen observation and thoughtful presentation when crafting a story, I was reminded, are one of the ultimate duties of a reporter.

But being the one who is there to do the observing is pretty incredible too.