Today on “State of the Union” David Boies, the attorney who led the fight against Proposition 8 in California, said he’ll push to legalize same-sex marriage in all 50 states. Boies didn’t say which states he’d target next, but added “there isn't any state that we're giving up on.” John Eastman, president of the National Organization for Marriage, warned that same-sex marriages “[weaken] the bonds of the institution” of marriage between men and women. He added, “we are manufacturing a right to redefine marriage and impose it no matter whether the state or the country wants to have that redefinition. That's judicial tyranny.”

END_OF_DOCUMENT_TOKEN_TO_BE_REPLACED

A battle for traditional marriage

National Organization for Marriage Chair John Eastman says it will be "state-by-state battle" for traditional marriage.

The politics of the Supreme Court rulings

David Boies, co-counsel in the Supreme Court case against Prop 8, says the fight isn't over:

Will the House pass immigration reform? 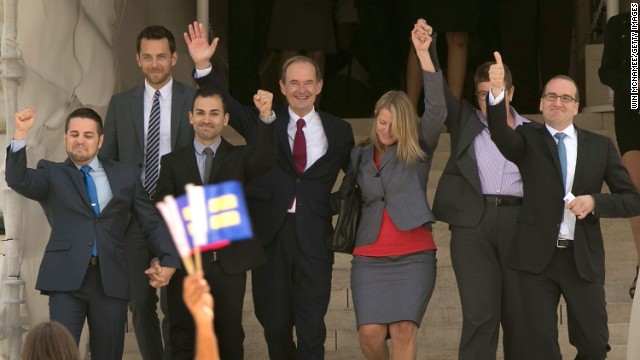 Paul: 'Snowden hasn't lied to anyone'

Sen. Rand Paul (R-KY) said Sunday that history will decide how Edward Snowden is viewed in the public eye.

It may be a case of the longest commute in Washington DC history. But this time, the gridlock was more political than commuter. Candy Crowley reports on the decade long fight to move a Civil War icon four-and-a-half block through the nation’s capital, and how it became a symbol over DC voting rights. 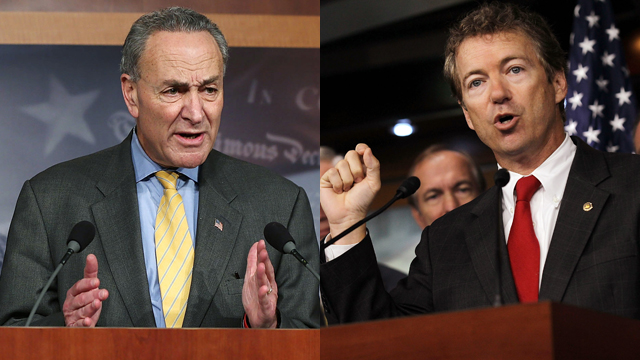