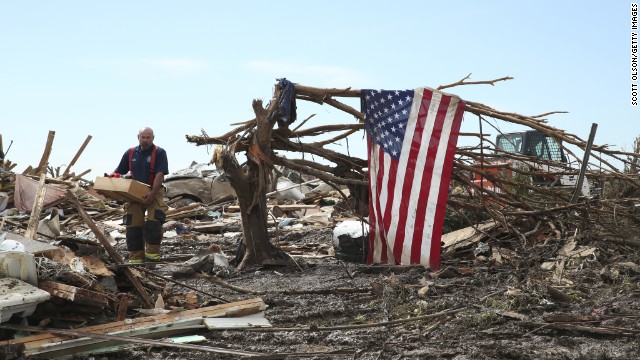 The kindness of strangers

When tragedy strikes, Americans prove time and time again that we are a generous group. According to the World Giving Index, we are the most charitable country in the world. This year, donations are up by almost 50% compared to four years ago, according to a survey by Mint.com.

In recent months, we’ve seen an outpouring of support for victims of the Boston Marathon attacks, the deadly fertilizer plant explosion in West, Texas, and Monday’s twister that flattened the town of Moore, Oklahoma. Within moments of these events, Americans opened their wallets, set up fundraisers, and began collecting toiletries, food and medical supplies. Crowdfunding websites, where individuals set up accounts that allow them to quickly raise money directly for victims, have become a popular new way to give – thousands of dollars have already been collected for tornado victims.

Nonprofits are also more organized. The big charities have sophisticated social media strategies, and well established networks among non-profits across the country. Some groups set up disaster relief funds before Hurricane season even begins in anticipation of need.

If you want to learn more about how to help CNN check out CNN’S IMPACT YOUR WORLD.