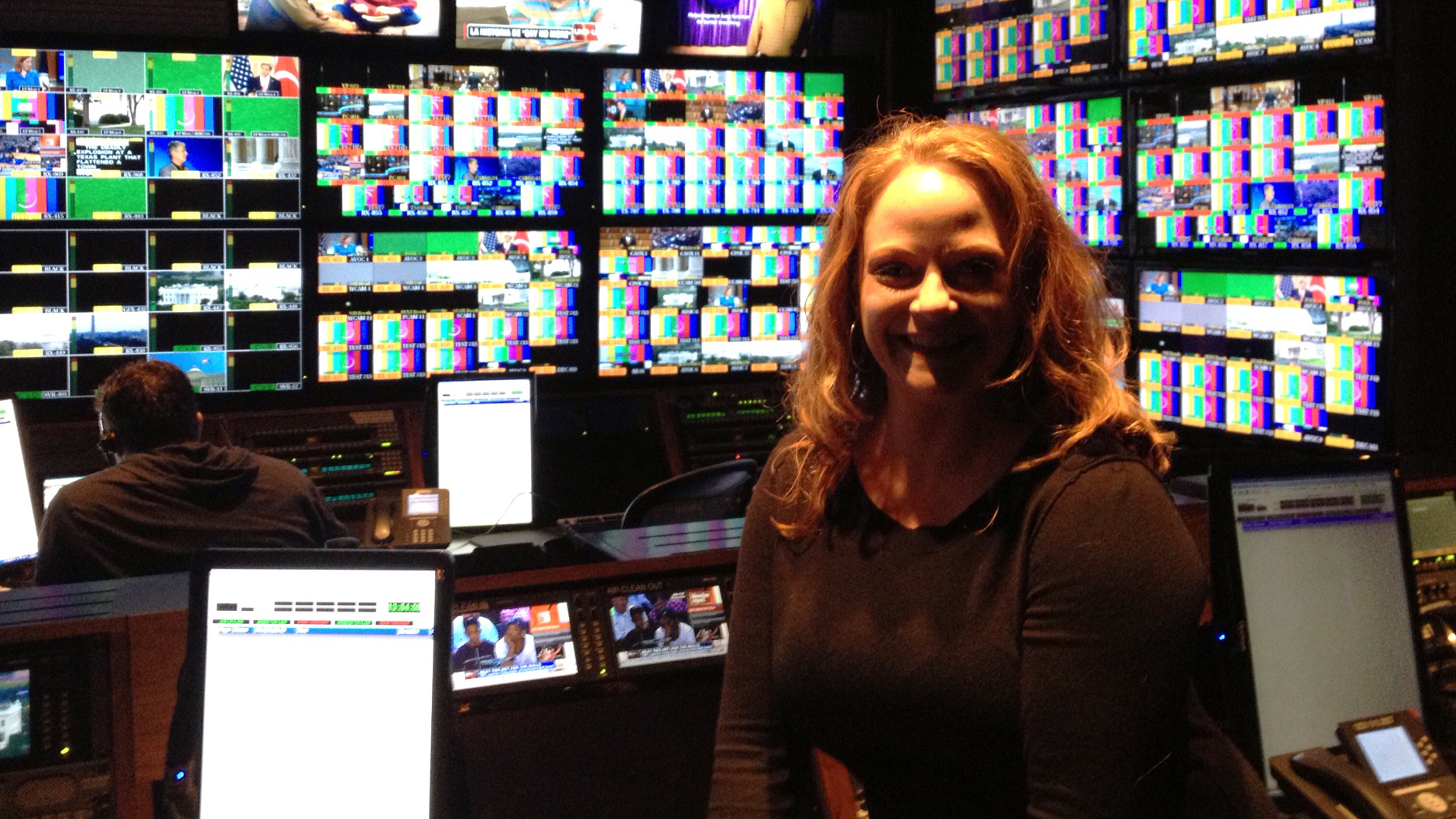 Jobs that prepared me for CNN’s State of the Union with Candy Crowley:

I’m currently a Senior Producer for State of the Union.  I started at CNN as an intern in the summer of 1998 (The summer of Monica Lewinsky—an awful year to be an intern!).  I’ve worked my way up the ladder here, first at various jobs in Atlanta, and then I moved to D.C. in 2005 to launch The Situation Room with Wolf Blitzer.  I left Wolf in January 2012 to join Candy’s team for the Election Year.  I use my various experiences at CNN every day, but it’s my earlier work that shaped who I am and how I got here.

WAITRESS: I worked at Pizza Hut from the time I turned 16 until I graduated from college.  I worked one or two nights a week, plus all day on Sunday.  I made some serious cash at this job, but I also learned some valuable life lessons.  Waitressing is HARD. Everyone should be a waitress at least once in their life.  Juggling tables and people is not an easy job.  Some people are just plain mean and love to treat others poorly.   I wanted to tell these people to shove it, but I needed the job, so I couldn’t.  I also saw incredible acts of kindness.  One family would come in every Tuesday and request a certain waitress I’ll call Lisa.* Lisa was 17, married with one kid, with a second on the way.  They always tipped her $10 on their $20 bill, and gave her a generous cash bonus during the holidays.

Lessons Learned:  Multitask, prioritize, take control of a situation, and do it all with a smile.  Treat service workers very well.  After all, it’s just a job, and they would probably rather be doing anything but schlepping food on their feet all day. Also, they’re alone with your food. That you are going to put in your mouth. Be nice. You want it spit-free.**

CASHIER AT A CANDY STORE IN THE MALL: A vivid memory involved the candy store owner who accused a young African-American kid of literally putting his hands in the candy jar and stealing.  The owner grabbed the boy by the collar, called him a thief loudly enough so that everyone in the store stopped and turned, and threw the boy out of the store.  But the kid wasn’t stealing.  I didn’t see him take anything, and the boy started crying hysterically pleading his innocence.  After the dust settled, I asked the owner what the boy stole.  The owner says “I didn’t actually see him take anything, but I know his type.”  The owner was a racist, and I should have spoken up but I didn’t.  I was taught to respect my elders and my bosses and I was cowardly.  The store closed within a month and the owner was out of business.

Lessons Learned: Never judge a book by its cover, speak up when you see injustice.  Also, Karma.

TEACHING ASSISTANT AT THE UNIVERSITY OF ILLINOIS: I stumbled upon this job by accident when the Graduate Student backed out at the last minute to take a job at CNN.  I had taken the class the year earlier, had just finished a summer internship at CNN in Atlanta, and the Journalism Department thought I could handle it.  Boy, were they wrong.  I was in way over my head.  Many of the students were older than me, and I didn’t take the position serious enough.  I was a college senior for crying out loud!  I wanted to hit the bars, sleep in late, and take blow-off classes I’d specifically saved so I could coast through my final two semesters.  I didn’t give the job enough of my attention, I wasn’t familiar enough with the programs I needed to teach, and I cheated the other students out of learning.